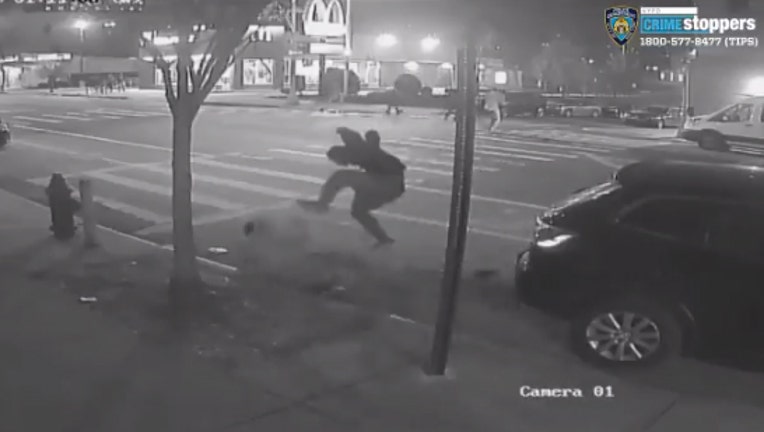 NEW YORK - A 60-year-old man who was punched and kicked during a $1 mugging on Christmas Eve has died, police said Saturday.

Juan Fresnada died Friday afternoon at the Bronx hospital where he was taken in critical condition after the mugging early Tuesday, the New York Police Department said. Officers have released surveillance photos and videos in hopes of pinpointing suspects.

Police said Fresnada and another man, 29, were walking along Third Avenue in the Morrisania neighborhood of the Bronx around 1:30 a.m. when several muggers approached them and demanded their property. When they refused, they were attacked.

Surveillance video clips released by police show a man grabbing another man's shirt and swinging him to the ground, then hitting him. Later clips show two other men joining the attacker, one of them grasping a trash can, as the beaten man starts to stand up.

It's unclear whether he is Fresnada or the younger man, who declined medical attention, police said.

The muggers took $1 from the men and fled, police said.

No contact information for Fresnada's family could immediately be found.