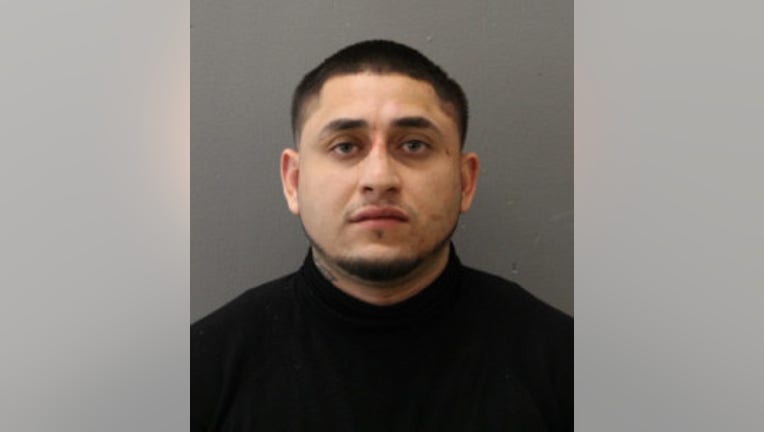 MATTESON, Ill. - A man is facing a multitude of charges after allegedly fleeing from police in south suburban Matteson Sunday and crashing into a home in Roseland on the South Side.

Casey Rodriguez, 27, was charged with two counts of felony aggravated fleeing as well as seven misdemeanors, according to Chicago police and Cook County court records. He was also hit with 15 traffic citations.

Matteson police tried to pull over the red Jeep Rodriguez was driving on I-57 near Vollmer Road about 2:40 a.m., Illinois State Police said.

Rodriguez refused to stop and drove off, only to be spotted by state troopers minutes later near 159th Street, authorities said.

Officers followed as he exited I-57 at 111th Street, Chicago and state police said. Rodriguez ultimately crashed his Jeep into a fence and a home in the 300 block of West 107th Street.

He was arrested at the scene, authorities said. No one was injured in the crash but the collision ruptured a gas main.

Rodriguez was out on bond at the time for a residential burglary charge in 2018, according to court records.

He was ordered held without bail at a hearing Sunday, and is due back in court Friday.