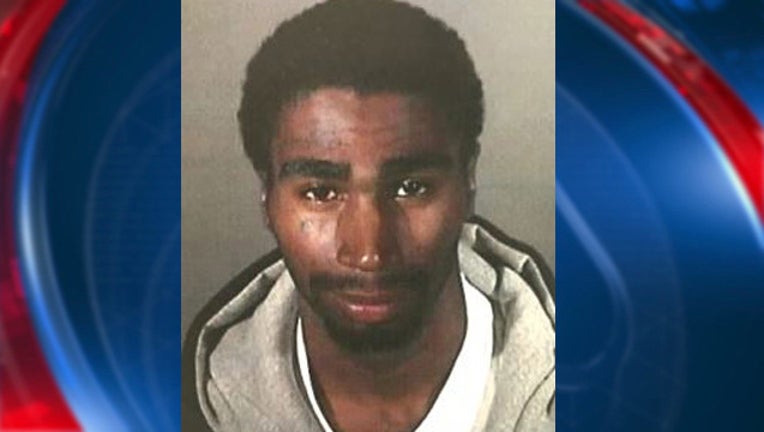 LOS ANGELES (AP) — A Los Angeles man is suspected of stabbing his live-in girlfriend and her 2-year-old daughter in their home, killing the little girl and critically wounding her mother, who was five months pregnant, authorities said Tuesday.

The man was arrested following a tip from the suspect's father, police Captain Peter Whittingham said at a news conference. "We really do appreciate a father's ability to recognize his duty in this case," he said.

Lataz Donald Gray, 22, could face charges including murder and attempted murder and was being held without bail, according to Officer Liliana Preciado. She didn't know if Gray has an attorney.

The woman's unborn child will survive and was not injured in the attack, Whittingham said. Investigators said Gray was not the 2-year-old girl's father. The stabbings followed an argument at the residence, police said.

Officers responding to a 911 call late Monday found both victims with multiple stab wounds on the floor of the home near downtown, Preciado said.

Phillip Gray told KABC-TV (http://bit.ly/1OcV7ug ) that his son called him from a hospital where he was being treated for cuts to his hand. Hey told his son to surrender.

"Well, I had to, before they kill(ed) him," he said. "I hooked him up on the line with the detective."

Gray was arrested at the hospital.

"I think it's a terrible, terrible thing and I'm not feeling good about it at all," his father said of the attack, calling the woman "a beautiful person."

The toddler died at a hospital. Her 22-year-old mother remained hospitalized in critical but stable condition and was unable to talk to detectives.

There were no witnesses to the attack.