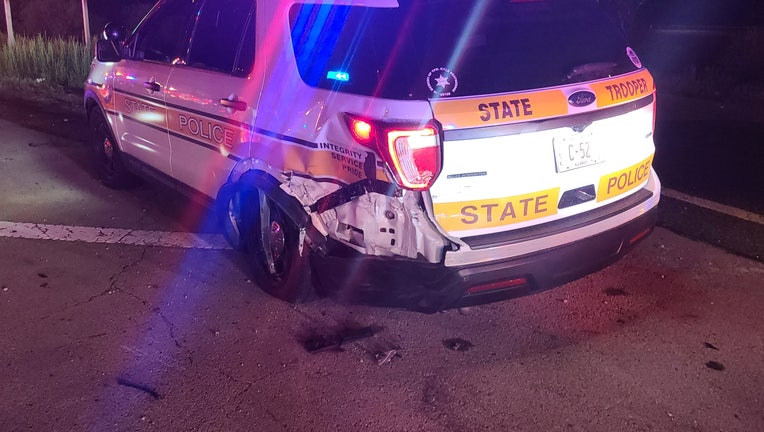 A man was arrested for drunk driving after crashing into an Illinois State Trooper's squad car in Cook County on Saturday.

The trooper had pulled over, with emergency lights on, to help a driver on the shoulder.

The state trooper suffered non-life threatening injuries, and was treated and released.

Hernandez is charged with violated Scott's Law, driving under the influence, failure to reduce speed to avoid an accident and improper lane usage.

Illinois State Police said that 18 squad cars have been struck by other vehicles so far this year.

Carjacking epidemic spills into the suburbs

The carjacking epidemic is spilling over into the suburbs as people are reporting a surge in violence in several towns.