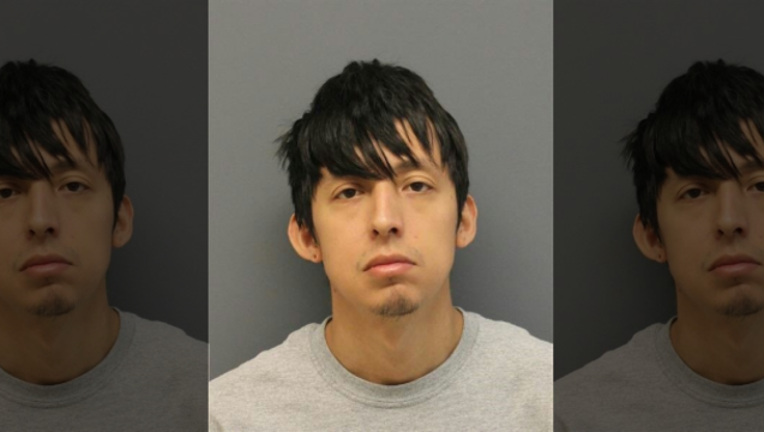 Franklin Freddy Meave Vazquez was arrested in March in Virginia after Newport News Police said he attempted to strangle his wife and then held her hostage. (Boston 25 News)

FOX NEWS - An illegal immigrant from Mexico, accused of killing one person and injuring two others aboard a fishing vessel over the weekend, was reportedly allowed to stay in the U.S. as a DACA recipient.

Fox News has exclusively learned that Franklin Freddy Meave Vazquez, 27, was an illegal alien in the U.S. until he was granted deferred action under the DACA program on Nov. 30, 2013. The program is aimed at children brought to the country illegally by their parents.

Vazquez’s legal status was set to expire on Nov. 29, 2015. He applied for renewal but his request was denied on August 16, 2016 – almost a year after his DACA status had already expired. Documents say his request was denied for abandonment, meaning he may have failed to respond to an information request or never showed up for a required appearance.

While in the U.S., Vazquez was arrested in March, accused of abduction by force, intimidation or deception -- but he was released on $20,000 bond.

Prosecutors said in a charging document the fishing vessel, the Captain Billy Haver, was sailing some 55 miles off Nantucket with seven crew members aboard when Vazquez assaulted one crew member with a hammer in one hand and a knife in the other.

Two of the wounded crew members were taken aboard a nearby cruise ship that responded to the captain’s distress call, and one was pronounced dead by the ship’s doctor.

Vazquez was charged with one count of murder and one count of attempted murder. He is due back in court on Tuesday; he could face up to life in prison and $500,000 in fines if convicted. He also will be subject to deportation after serving any potential sentence.