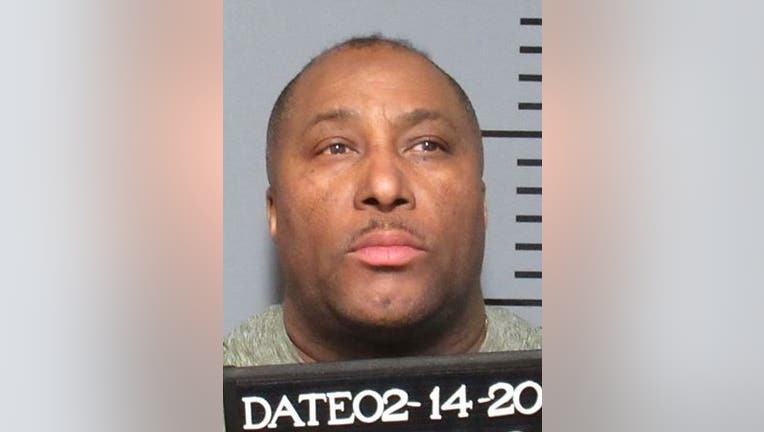 ROCKDALE, Ill. - A southwest suburban Rockdale man allegedly chained a relative with psychiatric issues to a pole in a basement bedroom for two weeks to prevent him from running away, police say.

Dwayne Jones, 59, faces a felony count of unlawful restraint after police responded on Valentine’s Day to an anonymous tip that a 56-year-old man was chained by the ankle, according to Rockdale police chief Robert Dykstra.

When an officer responded for a well-being check in a home the 700 block of Central Avenue, Jones allegedly denied knowing if the man was home, and said he’d check the basement, Dykstra said.

Moments later, the officer checked on Jones and found him holding a key, trying to unlock the man in the basement, Dykstra said.

An officer found the man attached to a 3-foot chain, he said.

“He had a single-sized mattress, one sheet, a pillow and a milk jug to urinate in,” Dykstra said. “When that was filled, he urinated on the floor.”

Dykstra said he had been chained in the small bedroom for two weeks. He was only unchained to use the bathroom.

The room also had a small, empty refrigerator, he said.

Jones allegedly restrained the man because he had a history of running away from the home, Dykstra said.

The man was taken to a hospital and is “doing well,” police said.

Jones, who also faces a misdemeanor count of domestic battery, was arrested and released after posting 10% of his $75,000 bail, police said. Other adults lived in the home, but no one else was charged.

Dykstra said there are many services available to take care of family members.

“Chaining them is not the way to care for them,” he said.