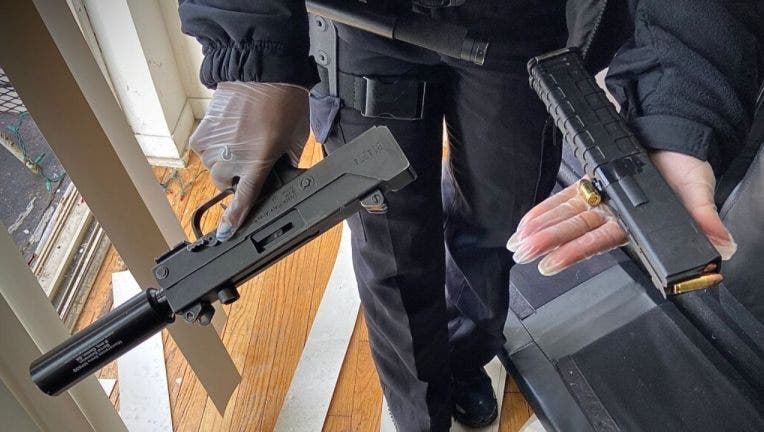 On social media, police shared a photo of one of the guns, a 9mm pistol with a 30-round magazine and suppressor.

CHICAGO - A Marquette Park man was charged with several felonies after being shot by a woman who opened fire when he hit someone with a weapon Thursday in Chicago Lawn, according to police.

Paul Rivers, 30, was charged with one count each of unlawful use of a weapon by a felon, aggravated assault with a deadly weapon and being an armed habitual criminal, Chicago police said.

Rivers was treated at the University of Chicago Medical Center and taken into custody along with the woman, who was eventually released without charges, police said.