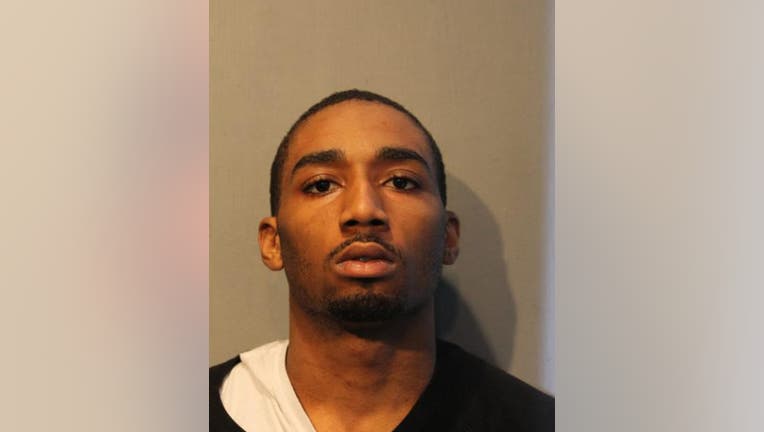 CHICAGO - A 20-year-old man has been charged after fatally striking a woman while allegedly fleeing a traffic stop Monday in Englewood on the South Side.

Isaac Wade of Ford City has been charged with a felony count of reckless homicide with a motor vehicle, a misdemeanor count driving without a license, and a count of driving an uninsured vehicle, Chicago police said.

Police on Monday said two males in an SUV allegedly bolted from a traffic stop two blocks north. The SUV went through a red light at 74th Street and Racine Avenue, and struck a Jeep in the intersection, lost control and then hit the pedestrian, police said.

The pedestrian, identified as Lakisel Thomas of Englewood, died later at a hospital, according to the Cook County medical examiner’s office. An autopsy ruled her death an accident.

Three adults in the Jeep had minor injuries and went to St. Bernard Hospital and Holy Cross Hospital, police said.

Wade, the driver, and a passenger of the SUV, both males, were arrested after running from the crash, police said.