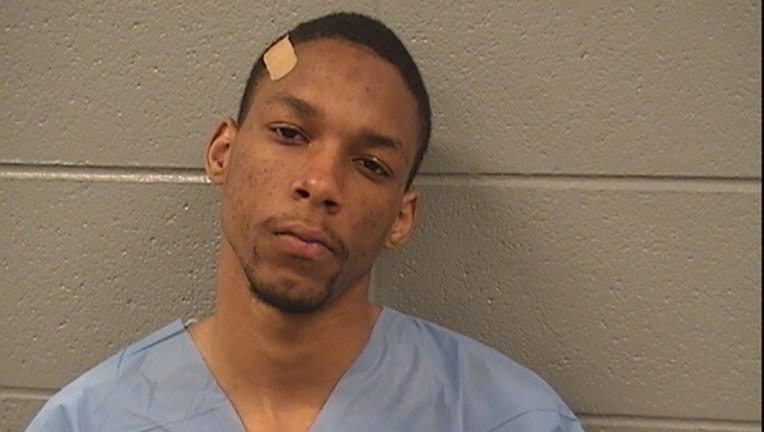 CHICAGO (SUN TIMES MEDIA WIRE) - One man has been charged after crashing a stolen vehicle in Beverly on the South Side Sunday after speeding away from a traffic stop in Evergreen Park.

Rashad B. Davis, 21, is charged with a felony count of possession of a stolen motor vehicle, according to Evergreen Park police.

The patrol officer tried to pull the speeding vehicle over, but it continued east on 95th and ran a red light at California Avenue, Evergreen Park police said.

It eventually hit a second vehicle that was northbound on Oakley Avenue at the intersection with 95th, according to Evergreen Park and Chicago police.

Two people got out of the stolen car after the crash and ran away, authorities said.

A 28-year-old man was detained by Chicago officers while Davis tried to flee through a backyard in the 9600 block of South Claremont Avenue, Chicago and Evergreen Park police said. He was stopped by a fence at the back of the yard, where Evergreen Park officers caught him.

An Evergreen Park officer grabbed Davis as he was climbing the fence and the officer accidentally discharged his pistol while making the arrest, authorities said. A single shot was fired into the ground and no one was hit.

A 60-year-old woman who was riding in the car struck by the stolen vehicle was taken to Little Company of Mary hospital for back pain in good condition, Chicago police said.

The 28-year-old was questioned by police before being released without charges, Evergreen Park police said.

Davis remains held at the Cook County Jail on $50,000 bail, according to Cook County court records. His next court date was set for June 3.