ORLAND PARK, Ill. - An Illinois man was arrested last week after Orland Park police discovered a "ghost gun" in the vehicle he was in during a traffic stop.

On Friday, police in the south suburb stopped a vehicle near the 9400 block of 159th Street. While speaking with the driver, officers say they smelled marijuana inside the vehicle.

The driver confirmed to officers that he was smoking marijuana and also had more weed inside the vehicle, police said.

Police searched the vehicle and the three occupants inside. Officers found about seven grams of cannabis, which was not in legal dispensary packaging.

In addition, officers found in the back seat a Polymer 9mm Glock "ghost gun" built with "aftermarket components." It did not have a serial number. It was also equipped with a laser sight and an extended magazine loaded with 30 rounds of ammunition.

The back seat passenger, identified as 21-year-old Caleb Mezo of Chebanse, told officers he was the owner of the gun, police said. Mezo does not have an Illinois FOID card or concealed carry license. 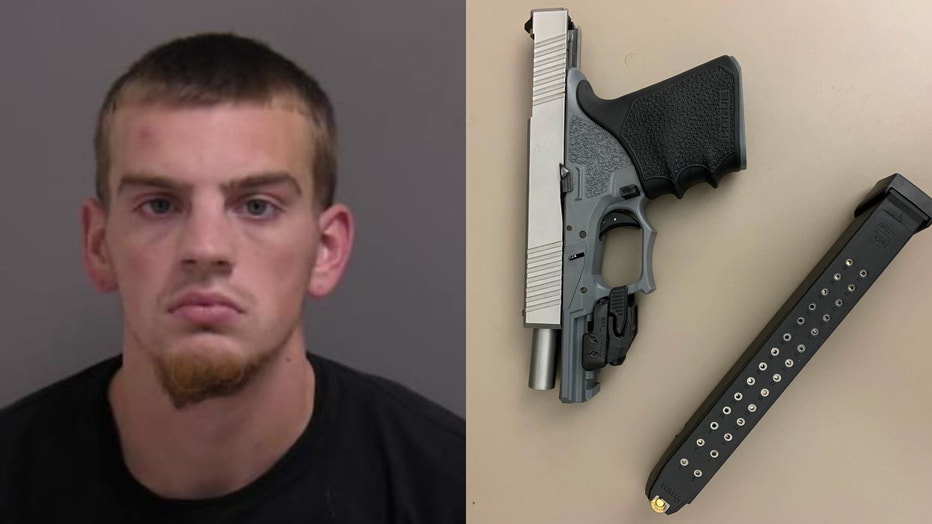 Mezo was arrested and charged with Aggravated Unlawful Use of a Weapon — a Class 4 Felony.

The following day, Mezo was transported to the Cook County Department of Corrections where he was given a $15,000 bond.