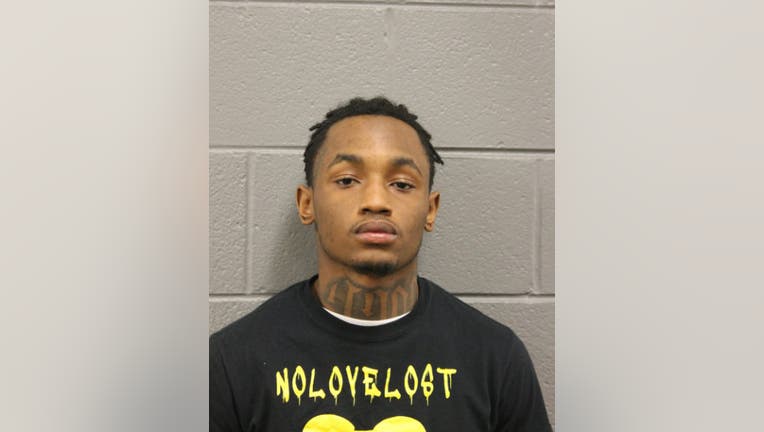 CHICAGO - A Hermosa man was ordered held on $5 million bail Tuesday for his alleged involvement in a Fourth of July shooting that left one dead and three others injured in Humboldt Park.

Keshawn Keaton was initially charged with torching a vehicle used by his fellow gunmen about a week after the 2019 shooting that claimed the life of 32-year-old Pierre Teamer.

But murder and attempted murder charges were filed against Keaton this week after an additional witness recently identified him as one of the individuals who pulled the trigger, Cook County prosecutors said.

But prosecutors did not explain in court Tuesday as to why there was a delay in charging Keaton with more serious crimes earlier.

Witnesses saw Keaton and two others get out of two cars and open fire at a group of people hanging out and playing dice near Iowa Street and Homan Avenue around 11:30 a.m. that morning, prosecutors said.

The deadly shooting, which also wounded three men — ages 17, 23 and 31 — was part of a violent July Fourth weekend that year, which saw five people killed and 63 others wounded, the Chicago Sun-Times had reported.