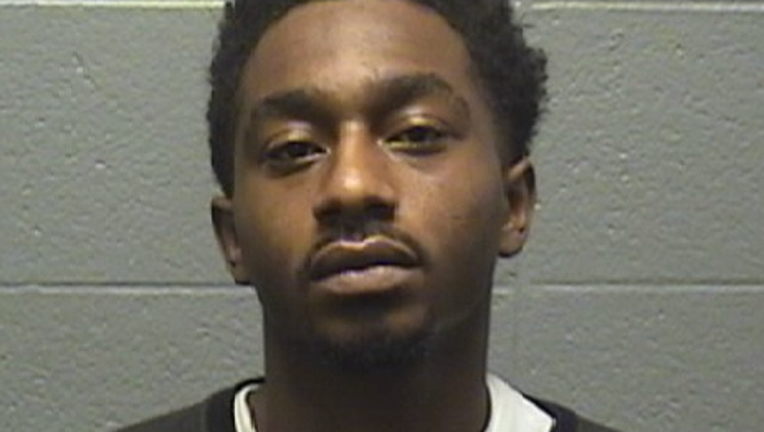 CHICAGO - A man has been charged in connection with a fatal expressway shooting and crash on I-57 on the South Side.

Angelo Baldwin, 21, of Gary, Indiana has been charged with first-degree murder, according to Illinois State Police announced Wednesday.

On July 1 at about 1:13 a.m., two vehicles were damaged in a crash on Interstate 57 southbound at Wentworth, police said. Both vehicles pulled off the roadway, and the victim exited his vehicle to speak to Baldwin.

When the victim, a 21-year-old man from Chicago, returned to the driver's seat of his vehicle, Baldwin fired shots at him.

The passenger of the victim's car, a 27-year-old woman from North Carolina, transported the male victim to a local hospital. The male victim later succumbed to his injuries.

Baldwin fled the scene shortly after.

Later that day, Baldwin was arrested by the Jackson Police Department in Tennessee, during a traffic stop. He is being held without bond.