Chicago police say that the killer, Anthony Lorenzi, has been arrested nearly 30 times and has 7 felony convictions. Natalie Bomke reports.

CHICAGO - Anthony Lorenzi did not act in self-defense when he shot a 24-year-old man in the head during a traffic dispute following the Puerto Rican Day Parade in Humboldt Park, a Cook County prosecutor said Friday.

Lorenzi "had no business getting involved in" the June 19 altercation the led to the death of Gyovanni Arzuaga and Arzuaga’s girlfriend, Assistant State’s Attorney James Murphy said, disputing Lorenzi’s attorney’s claims that Lorenzi only fired to protect himself and others.

Lorenzi, who was charged in Arzuaga’s murder earlier this month after fleeing the state, has not been charged with killing 25-year-old Yasmin Perez, who authorities say was "more than likely" accidentally shot in the neck by Arzuaga during the melee in the 3200 block of West Division Street.

The "tragedy of epic proportions" can be blamed on Arzuaga Lorenzi, lawyer Michael Oppenheimer argued Friday.

But Lorenzi, a convicted felon and Latin King who was illegally carrying a weapon, made the decision to insert himself in the fight, even though he wasn’t initially involved, Murphy argued.

The prosecutor also pointed that less than an hour after the shooting, Lorenzi bought a ticket to San Diego and boarded a plane without any bags the following morning.

"Those aren’t the actions of somebody who was acting in self-defense," Murphy said. 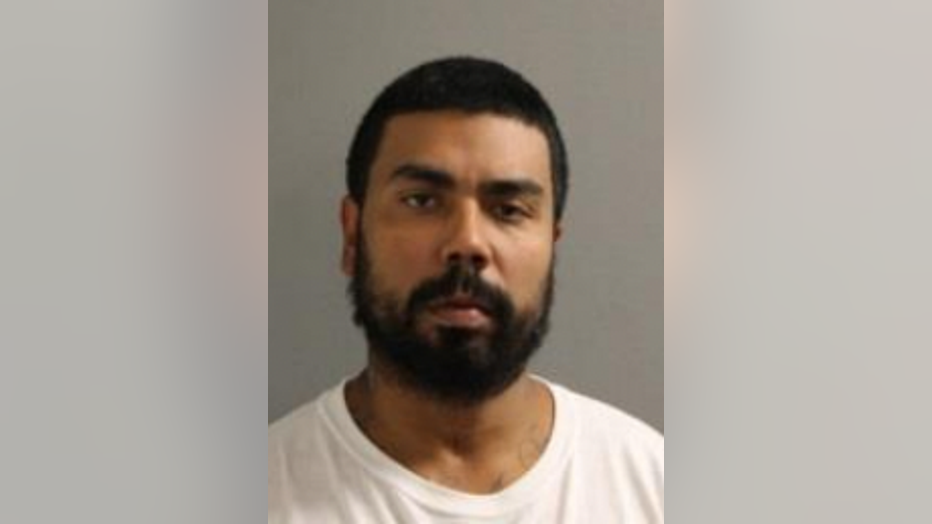 A .40-caliber Glock was recovered from under Arzuaga’s body and preliminary tests showed it matched two shell casings found inside Perez’s SUV and the bullet that struck Perez, Murphy said.

Murphy said the shooting is still under investigation, pointing out that three different caliber shell casings had been recovered at the scene and another shooter is believed to be at large.

Arzuaga had been driving the SUV with Perez seated outside on the sunroof and the couple’s friends in the back seat when he struck a parked car at 9:15 p.m. that night, Murphy said.

The owner of the car became angry, allegedly confronting Arzuaga at a passenger side window.

Soon others got involved, including Lorenzi who was across the street, Murphy said. The crowd then tried to drag Arzuaga out of the SUV when he began to reverse.

Perez got down from the SUV, trying to separate Arzuaga from his attackers when she was shot, Murphy said.

Arzuaga went on to hunch over Perez, shielding her when Lorenzi, 34, came up "behind and to the side" of Arzuaga and "unloaded" his gun, Murphy said.

"At the time [Lorenzi] fired those shots … there is objectively no self-defense issue of any kind," Murphy said.

In graphic video of the shooting that circulated on social media, the attackers can be seen suddenly ducking as Arzuaga apparently fires the shot while being dragged from the SUV.

Oppenheimer argued Arzuaga "shot his own girlfriend, fired the first shot, pointed that gun not only in the direction of his girlfriend, obviously, but at everybody else that was around him."

Lorenzi was taken into custody in California on July 9 and returned to Cook County this week.

Lorenzi, who lives with his parents and his children, only fled Illinois because he "was terrified" due to his criminal record, which doesn’t include violent offenses, Oppenheimer said.

Arzuaga and Perez had two children.

Lorenzi is expected back in court Aug. 17.