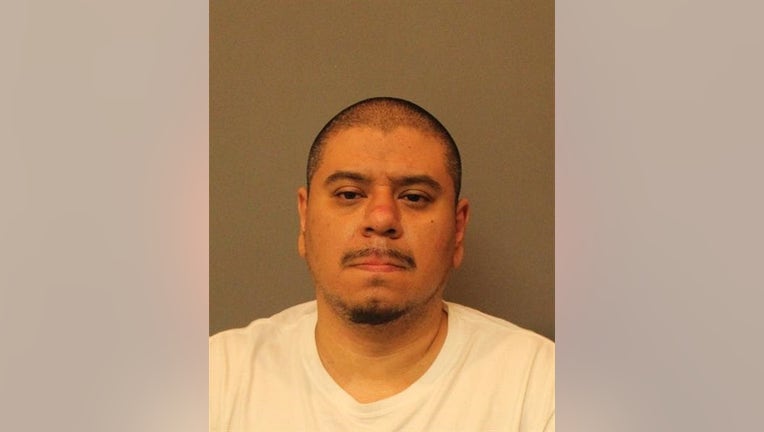 GARY, Ind. - A man was arrested Wednesday after a wrong-way crash with three police cars on I-65 in northwest Indiana.

Paul D. Alvaro, 39, was allegedly driving a black Dodge Charger south in the northbound lanes of I-65 about 10:20 p.m. south of I-80 in Gary, Indiana, according to a statement from Indiana State Police. Troopers found him driving on reverse on the left shoulder with the car’s fires deflated as it scraped against the concrete barrier wall.

He refused to stop when instructed to do so by the troopers and started driving forward to head south again in the northbound lanes, according to state police. He hit one squad car as it blocked him from heading toward oncoming traffic and then turned the Charger around.

The squad cars continued to follow him and boxed the Charger in as Alvaro tried to turn it around to head the wrong way again, state police said. The Charger hit two more squad cars before troopers took him into custody. 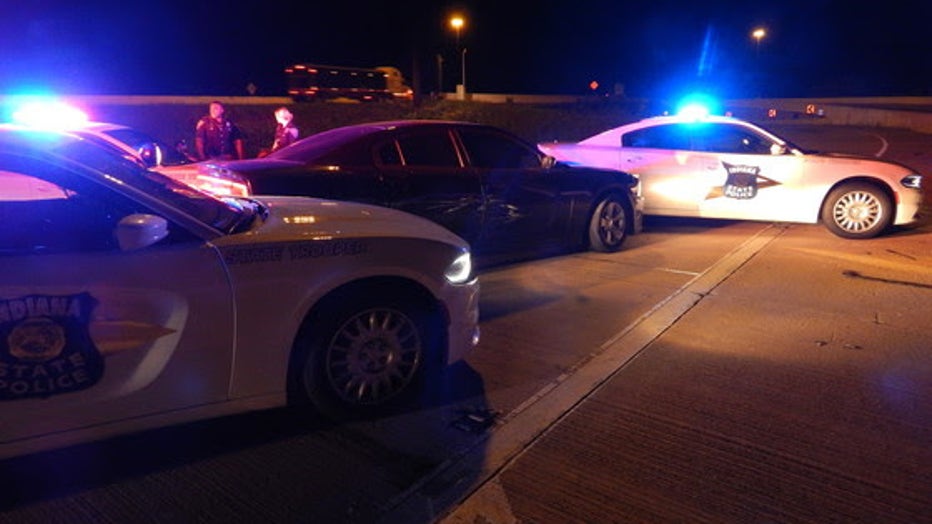 During the arrest, troopers found a .40-caliber Glock handgun that Alvaro had been sitting on and smelled alcohol on his breath, state police said. He was taken to St. Mary’s Hospital in Hobart, Indiana, where a test showed his blood alcohol content at more than three times the legal limit.

No injuries were reported in the crash, state police said.

Alvaro, who lives in Highland, Indiana, is charged with a felony count of resisting law enforcements as well as misdemeanor counts of possession of a handgun without a license, operating while intoxicated, reckless driving and leaving the scene of a crash, according to state police. He was also issued a citation for wrong-way driving.