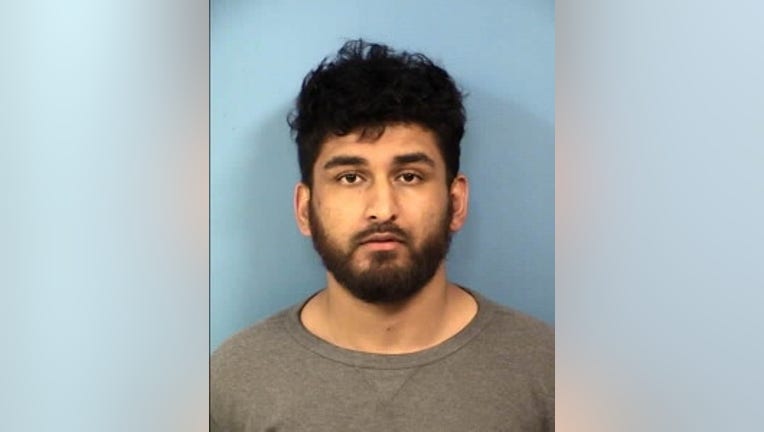 CAROL STREAM, Ill. - A man has been charged with setting fire to his family’s home last week in west suburban Carol Stream.

The fire was reported about 10 a.m. Aug. 19 in the 700 block of Aztec Drive, according to a statement from Carol Stream police. Witnesses told investigators a man in black clothing was seen leaving the home carrying a black bag as the fire started.

The man, later identified as Kashyf H. Syed, stole a bicycle from a nearby school and rode south into Armstrong Park, authorities said. When police approached him, he allegedly became combative and injured one officer before he was taken into custody.

Police said Syed used gasoline to start the fire in the home where he lives with his family before fleeing with some personal items. The family was not home at the time and no injuries were reported.

The Carol Stream Fire Protection District was able to extinguish the blaze, but the house was rendered uninhabitable, according to police.

Syed is charged with felony counts of residential arson, aggravated battery to a peace officer and aggravated resisting arrest, police said. he also faces a misdemeanor count of theft.

Syed, 25, remains in custody and is due back in court Oct. 19, according to the DuPage County sheriff’s office.