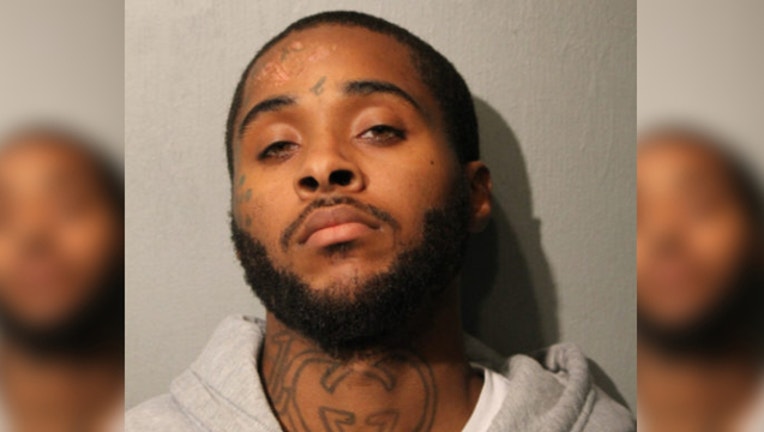 CHICAGO (SUN TIMES MEDIA WIRE) - A Calumet City man has been charged with reckless homicide for a crash that left two men and a 3-year-old boy dead last month in the South Side Englewood neighborhood.

Christopher Carter, 27, is charged with three counts of reckless homicide and three counts of murder for the Oct. 1 crash, according to a statement from Chicago police. He was also charged with a felony count of aggravated discharge of a firearm and issued multiple traffic citations.

At 7:07 p.m., officers saw a car driven by Carter speeding east on 69th Street near Bishop, police said. They turned on their emergency lights and followed the erratic driver, but later disengaged and halted their pursuit.

Two men, 24-year-old Antonio Cowan and 25-year-old Chrishawn Turner, were taken in “extremely critical” condition to University of Chicago Medical Center, where they were both pronounced dead shortly before 8 p.m., authorities said.

Autopsies found all three of them died from blunt force injuries related to the crash, the medical examiner’s office said. Their deaths were ruled accidental.

The other passenger in the Fusion, a 2-year-old girl, was taken to Stroger Hospital for observation, police said.

The third vehicle in the wreck was driven by a 43-year-old woman who was taken to St. Bernard Hospital with neck and back pain, police said. Her condition was stabilized.

A 30-year-old man who was driving another vehicle was unhurt. His passengers, a 6-year-old boy and 26-year-old woman, were taken to Stroger Hospital, where their conditions were stabilized.

Detectives located Carter about 2:15 p.m. Friday in the 600 block of East 38th Street, according to police.

He was ordered held without bail during a hearing Monday at the Leighton Criminal Courthouse and his next court date was scheduled for Nov. 20.