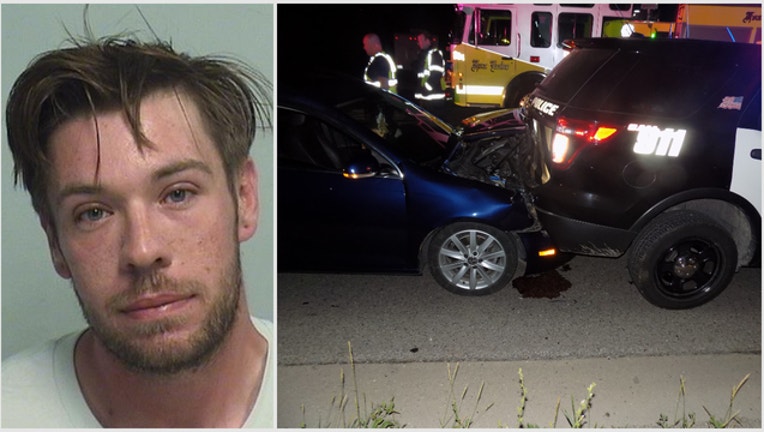 Clinton P. Harris-Snelten, 30, is charged with two misdemeanor counts of driving under the influence of alcohol, according to a statement from the Lake County sheriff’s office.

A Fox Lake police officer conducted a traffic stop about 1:50 a.m. on Route 12 near Lake Vista Terrace in unincorporated Spring Grove, according to a statement from the Lake County sheriff’s office.

Harris-Snelten was driving a Volkswagen SUV northbound on Route 12 when it hit the back of the squad car shortly after the officer got out, the sheriff’s office said. No injuries were reported in the crash.

Sheriff’s deputies responded to the crash, found that Harris-Snelten was intoxicated and took him into custody, the sheriff’s office said. In addition to the DUI charges, he was issued traffic citations for violating Scott’s Law, failure to reduce speed to avoid an accident and driving without insurance.

He was processed and released on a $3,000 recognizance bond, the sheriff’s office said. His next court date was set for Aug. 5.