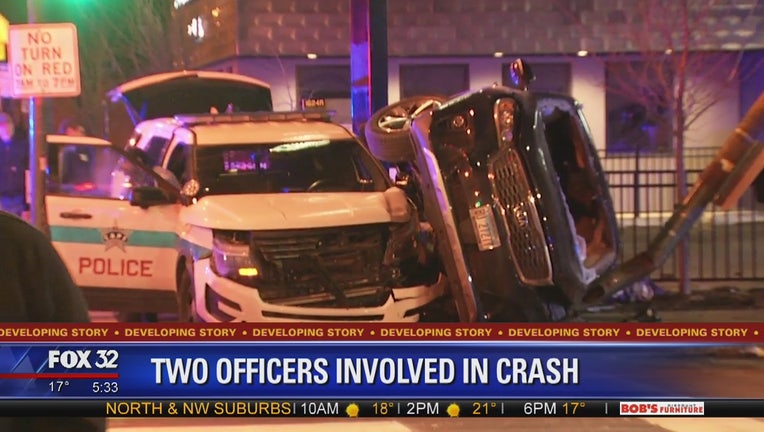 CHICAGO - A 38-year-old man faces a misdemeanor count of driving under the influence in connection to a Wednesday crash in Jefferson Park that flipped a Chicago Police Department SUV on its side, injuring two officers.

About 12:15 a.m., Adrian Perez was allegedly driving a Kia west on Lawrence Avenue when he blew a red light and struck a CPD vehicle headed south on Central Avenue, police said.

Perez was taken to Lutheran General Hospital in Park Ridge in critical condition, and has since been stabilized, fire and police officials said. He lives in Jefferson Park.

Two officers from the CPD vehicle were taken to the same hospital in good condition, fire officials said.

Police said they initially detained Perez because the crash appeared to be alcohol-related. In addition to the DUI charge, Perez was cited with failure to reduce speed and disobeying a traffic signal.