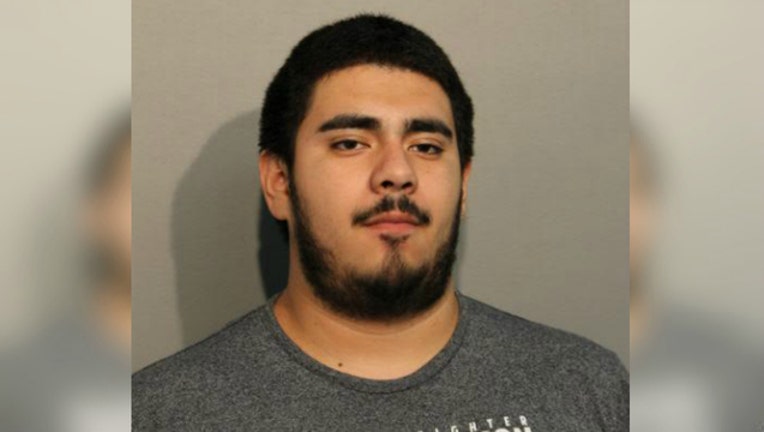 CHICAGO (SUN TIMES MEDIA WIRE) - A man has been charged with robbing another man at gunpoint last month in the North Side Edgewater neighborhood.

Javier Villalobos-Garcia, 19, is charged with four felony counts of armed robbery with a firearm, according to Chicago Police.

Villalobos-Garcia walked up to the 21-year-old victim at 6:05 p.m. Nov. 27 in the 5800 block of North Ridge, pointed a gun at him and demanded his money, police said. He then ran away after the victim handed the money over.

Villalobos-Garcia, who lives in the 1400 block of West Elmdale, was arrested Wednesday morning after he was identified as the suspect in the robbery, police said. He was expected to appear in bond court Thursday.