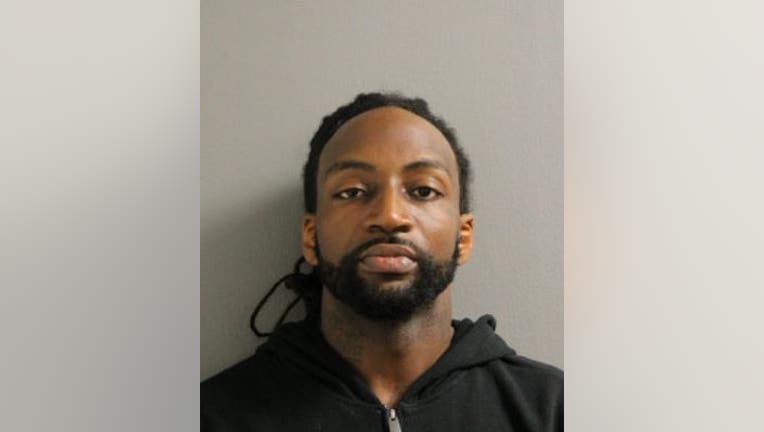 CHICAGO - A 35-year-old Austin man shot and killed a man outside a funeral repast that they both had attended in Lawndale, Cook County prosecutors said Wednesday.

But Moss’ attorney suggested they had an argument earlier in the day connected to a death in Florida that Moss believed 33-year-old Jackson, or Jackson’s relative, was responsible for.

Prosecutors said the two men didn’t know each other or have contact before the shooting, but Moss’ attorney claimed Jackson had threatened Moss with a gun earlier in the day when they "had words."

Jackson was walking to his car at 10:30 p.m. when Moss stepped out of a silver Buick Regal sedan with a gun in his hand and followed, Assistant State’s Attorney Kevin DeBoni said.

Jackson put up his hands and said "you don’t have to do this" before Moss began firing, DeBoni said.

Moss alleged continued to fire and chased Jackson as he tried to get away.

Jackson, who has a permit to carry a concealed weapon, then took out his gun and fired back, DeBoni said.

Multiple witnesses said Jackson was unarmed when Moss began firing and eight people identified Moss, who used to live in the block, as the shooter, DeBoni said.

Jackson was shot in the chest and thigh. He collapsed in a vacant lot in the 2700 block of West Flournoy Street and later died at Stroger Hospital, authorities said.

When Moss returned to the area where the repast was being held, he allegedly told one witness he "f—— up" and then took a Lyft home.

Moss turned himself in to police with his attorney at his side on Monday.

He is expected back in court on May 17.