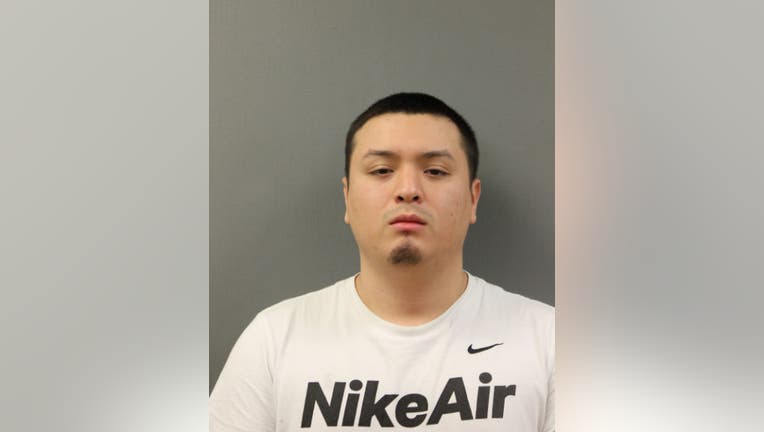 A man who had been with the gunman, Jonathan Gonzalez, told investigators that earlier in the morning of Dec. 5, he picked up Gonzalez and a friend before they went on an alcohol and pot-fueled drive, prosecutors said

During their ride, Gonzalez, a member of the "OA" gang, pointed out cars of possible rivals, prosecutors said.

When the driver pulled out of an alley at Belmont and Sawyer avenues, Gonzalez pointed at Enrique Sanchez’s Toyota Corolla with tinted windows and said it belonged to "the opps," prosecutors said.

As the group followed the Corolla on Sawyer Avenue, Gonzalez stretched his body out of the passenger window, reached over the top of the car and fired 13 shots into the Corolla, prosecutors said.

Sanchez, who was shot in his head and back, crashed his Corolla into a nearby building.

The 53-year-old taken to Illinois Masonic Medical Center, where he was later pronounced dead, police said. Sanchez was a longtime resident of the Belmont Avenue homeless encampment, according to Block Club Chicago.

Surveillance video shows the group driving onto the expressway and toward the lake, prosecutors said.

The phones of the driver and Gonzalez allegedly pinged together before and during the murder.

Detectives were able to track the car Gonzalez was riding in after its license plate was captured on a surveillance camera on Lake Shore Drive near Sheridan Road, prosecutors said. The driver also identified Gonzalez in a photo, prosecutors said.

Gonzalez’s defense attorney argued that prosecutors mostly presented circumstantial evidence, stressing that there was no video of the shooting.

Gonzalez is expected back in court Feb. 3.