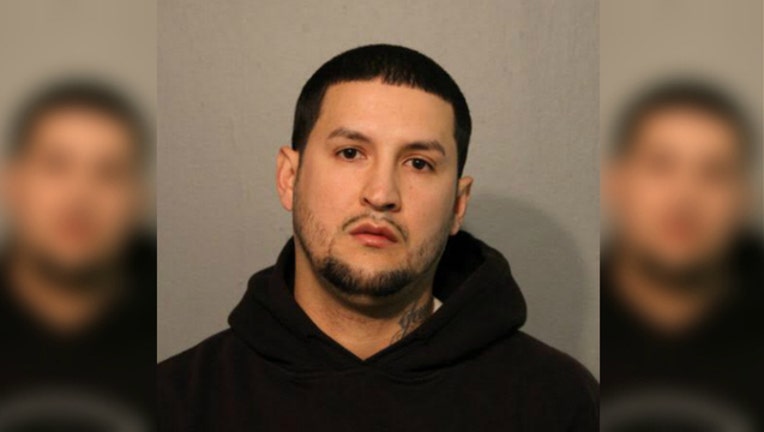 CHICAGO (SUN TIMES MEDIA WIRE) - Bond was denied Friday for a Logan Square man charged with fatally shooting a bouncer at an Irving Park neighborhood bar earlier this month on the Northwest Side, the Chicago Sun-Times is reporting.

Felix Valentin, 28, fired four shots at the front of Brudder’s Bar and Grill at 3600 N. Pulaski after he and his girlfriend were thrown out of the bar following a night of drinking on April 2, Cook County prosecutors said at his Friday hearing.

One of the bullets went through the front window and struck 51-year-old bouncer Angel J. Ortiz in the head, according to Chicago Police and the Cook County medical examiner’s office. Valentin is charged with one count of first-degree murder.

Ortiz was taken to Advocate Illinois Masonic Medical Center, where he was pronounced dead at 5:39 p.m. the next day, authorities said.

Security cameras inside the bar showed Valentin, his girlfriend and sister had been escorted out of the bar for misbehaving, prosecutors said.

Multiple witnesses identified Valentin as the shooter, and one witness saw Valentin still pointing the gun at the window after shots before running away with two women and jumping into an SUV identified as belonging to Valentin’s sister, prosecutors said.

Valentin then went back to a house where he had been drinking before heading to Brudder’s, and he told several people at the house that he had shot up the bar, prosecutors allege.

Valentin was arrested about 10 p.m. Wednesday at his home in the 2200 block of North Avers, police said.