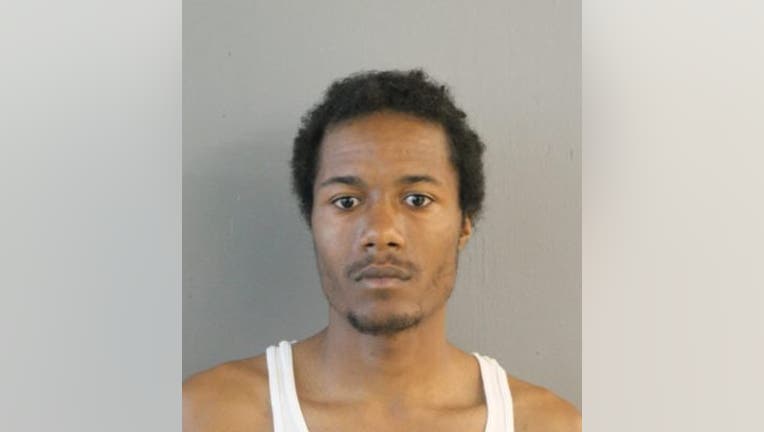 CHICAGO - Bail was denied for a 27-year-old man accused of luring a woman and fatally shooting her in the face earlier this month in South Shore.

Jamal Sharrieff is charged with first-degree murder and attempted murder, according to a bond proffer prepared by Cook County prosecutors. The July 25 shooting in South Shore killed 20-year-old Annette McKay and wounded a 29-year-old woman.

Sharrieff allegedly held his girlfriend at gunpoint the night of July 24 and used her phone to lure McKay to a Travelodge Hotel in south suburban Lansing, prosecutors said. When she arrived, Sharrieff forced them to perform sexual acts at gunpoint.

Sharrieff allegedly became upset when McKay wouldn’t “enthusiastically participate” and called someone to pick them up from the hotel, prosecutors said. The trio was dropped off at 95th Street, and Sharrieff made them walk to the 3000 block of East 78th Street.

About 1:50 a.m., the women were brought to the back of a secluded building, prosecutors said. Sharrieff allegedly told his girlfriend to say goodbye to McKay and that he would kill her.

At the same time, the 29-year-old woman, who didn’t know any of the three, pulled up in a vehicle and tried to enter her home, prosecutors said. Sharrief allegedly demanded her property and the woman, who didn’t notice his gun, ran off and was shot in the shoulder.

Sharrieff then shot McKay in the face, yanking his girlfriend’s head out of the way to get a clear shot, prosecutors said. After the shooting, he took his girlfriend to his mother’s home and wrapped his gun in the shirt he was wearing.

The girlfriend was able to escape, and she had her mother call police, prosecutors said. Police searched the home and the Travelodge and recovered Sharrieff’s jeans, gun and 20 to 30 bags of heroin.

Surveillance videos from Travelodge corroborated a witness’ account, and shell casings found on the scene matched Sharrieff’s gun. He was taken into custody about 5:30 p.m. July 27, prosecutors said.

Sharrieff is scheduled to appear in court August 17, prosecutors said. He was previously sentenced to prison terms and probation for multiple drug and weapons convictions dating back to 2011.