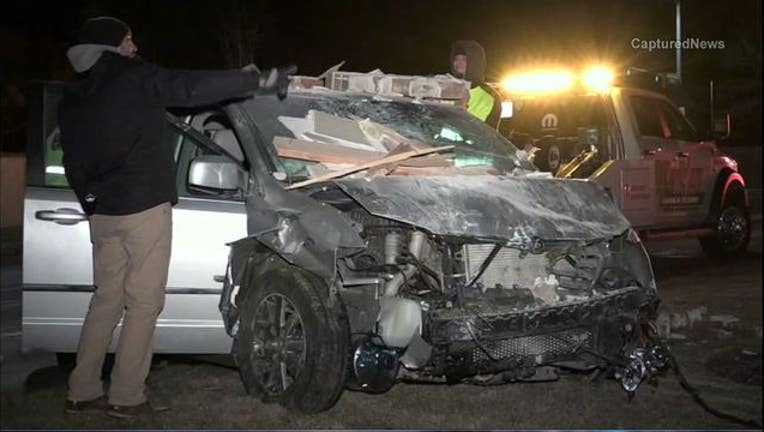 NAPERVILLE, Ill. (FOX 32 News) - Naperville Police tracked down and arrested a 25-year-old man on Saturday after he allegedly crashed into a dentist's office.

Police said that an officer initially saw Trenton A. Smith, 25, of Bolingbrook, driving recklessly on Washington around 1:15 a.m. Saturday. An officer tried to pull Smith over, but he fled, running a stoplight.

About 15 minutes later, police said that Smith crashed into a dentist's office at 2603 S. Washington St., and jumped out of the van and ran off.

Officer found him nearby hiding in a window well of a home under construction. He had been injured in the crash and was taken to the hospital. No one else was injured.

Smith is charged with DUI, driving with a suspended license, leaving the scene of a crash, fleeing an officer, etc.