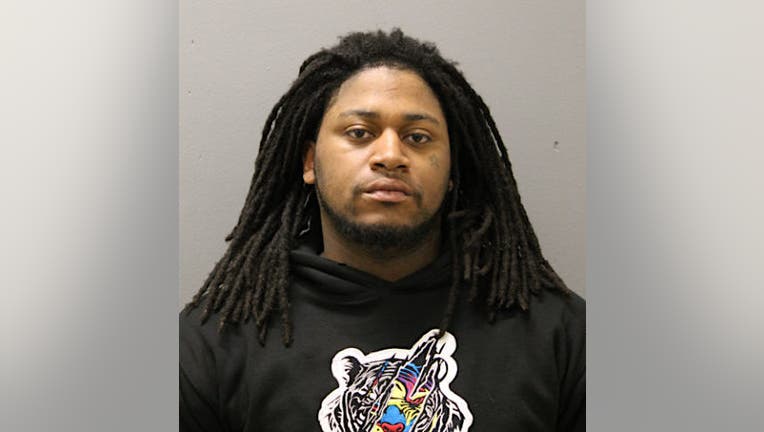 CHICAGO - A man is charged with fleeing a traffic stop Sunday and hitting an officer with his vehicle in Washington Heights on the South Side.

Larone Price, 25, and his passenger Jayla Creamer, 19, allegedly blew a stop sign about 8:20 p.m. in the 10000 block of South Peoria Street and drove off when officers tried to pull them over, Chicago police said.

As officers approached the car, Price put the car in reverse and hit one of them as they tried to open the side door, police said.

He sped off to the 9900 block of South Halsted and hit another vehicle in traffic, police said.

Price and Creamer, both Longwood Manor residents, were arrested after a short time later, police said. The officer who was hurt was taken to an area hospital with minor injuries.

Price is charged with a felony count each of aggravated battery to an officer and aggravated fleeing, police said. He also faces misdemeanor counts of fleeing and driving without a license.

Price was released Monday after posting bail, according to Cook County court records. He is due back in court Feb. 3.