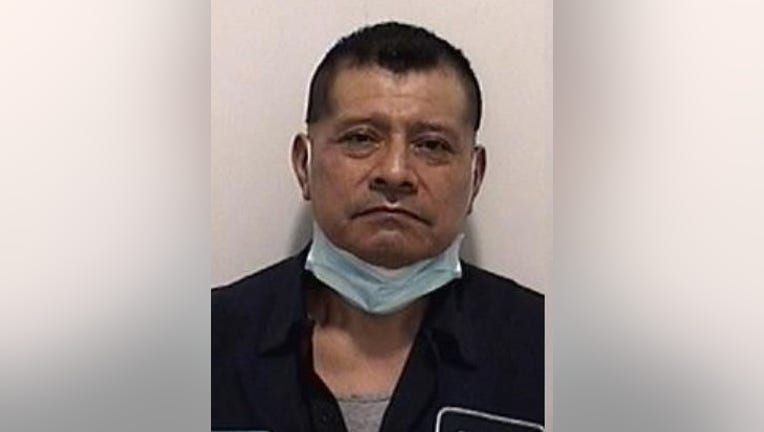 BATAVIA, Ill. - A man has been charged with driving away after hitting a Geneva police officer with a vehicle Tuesday during a traffic stop in Batavia.

Bartolo Martinez-Lopez, 53, is charged with one felony count each of leaving the scene of an accident causing injury and passing an emergency vehicle causing injury, according to a statement from Batavia and Geneva police.

The 22-year-old Geneva officer was standing outside a car he’d pulled over about 5 a.m. on Kirk Road south of Fabyan Parkway in Batavia when Martinez-Lopez drove by in a white 2011 Volkswagen minivan and hit the officer’s left elbow, police said.

The impact knocked the officer off his feet, authorities said. The minivan slowed down, but then continued southbound on Kirk.

The officer was taken to Delnor Hospital in Geneva, where he was evaluated and released, police said.

Investigators found the minivan parked at a business in the 700 block of North Kirk in Batavia and took Martinez-Lopez into custody, according to police.