CHICAGO - A two-time felon was charged with involuntary manslaughter after a gun he was holding went off and killed his friend at a barbecue in Chicago Lawn, prosecutors said.

Cook County Judge Kelly McCarthy ordered 28-year-old Manuel Robles held without bail during a hearing Tuesday at the Leighton Criminal Courthouse, saying she believed he was a danger to the community and "was not supposed to have a weapon at all," let alone hold one while drinking at a party.

Prosecutors said Robles was holding the Glock handgun while standing around and talking with others, including 26-year-old Alexis Daniel Valazquez Guadarrama, in the backyard of a home about 11:30 p.m. on Saturday in the 6200 block of South Francisco Avenue. 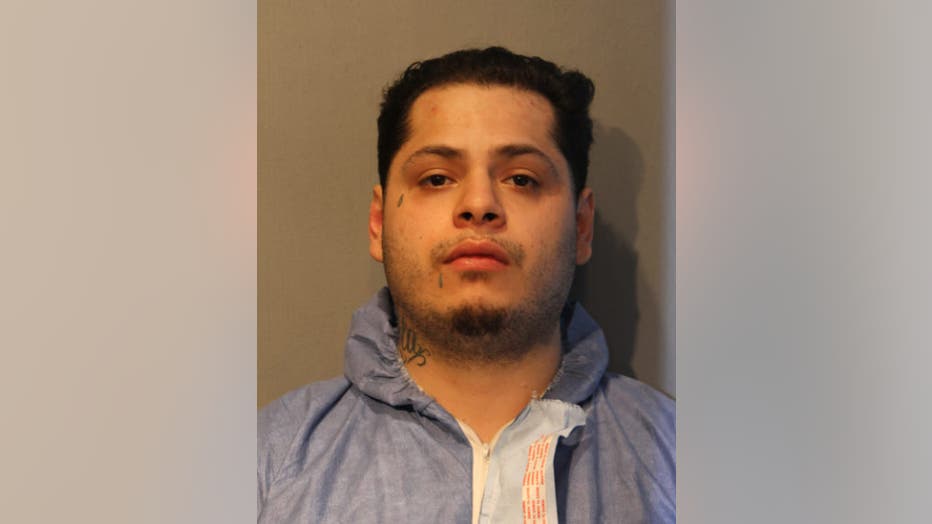 "As they were talking, [Robles] was holding the gun in his right hand and had his left arm around the victim," Assistant State’s Attorney James Murphy told McCarthy.

The gun went off as Robles was gesturing with his hand during the conversation, striking Guadarrama in the chest, Murphy said. Guadarrama dropped to the ground and was later pronounced dead at the scene.

Robles left the home after the shooting, but was found by police officers nearby a half-hour later with blood on his hands and clothing, Murphy said. He allegedly admitted to the shooting while in custody.

Robles phone was also searched, which showed he called a friend after the shooting and sent a text message "indicating that he accidentally killed his friend," Murphy said.

Robles has previous convictions for robbery and aggravated unlawful use of a weapon, according to prosecutors, who also charged him with being an armed habitual criminal.

Robles has two children and lives with his father while working part-time for a staffing agency, his defense attorney said.

Robles was expected back in court May 16.