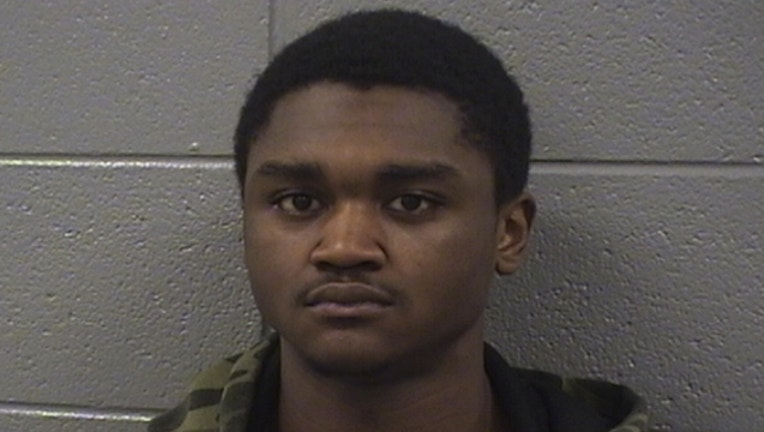 Erick R. Johnson, 18, faces one count of aggravated robbery indicating he was armed with a firearm, according to Chicago Police.

Two men, ages 18 and 19, were in the skate park at 12:20 a.m. near East Roosevelt Road and South Michigan Avenue when three males walked up, implied they had a weapon and announced a robbery, police said at the time.

The suspects pushed the victims to the ground, then stole their cellphones before running away, police said. No injuries were reported.

Johnson was taken into custody near his home in the 6300 block of South Hoyne after a victim positively identified him in a photo array, police said.

On Thursday, he was ordered held at Cook County Jail without bond, according to the Cook County sheriff’s office. Johnson is due back in court on Nov. 29.