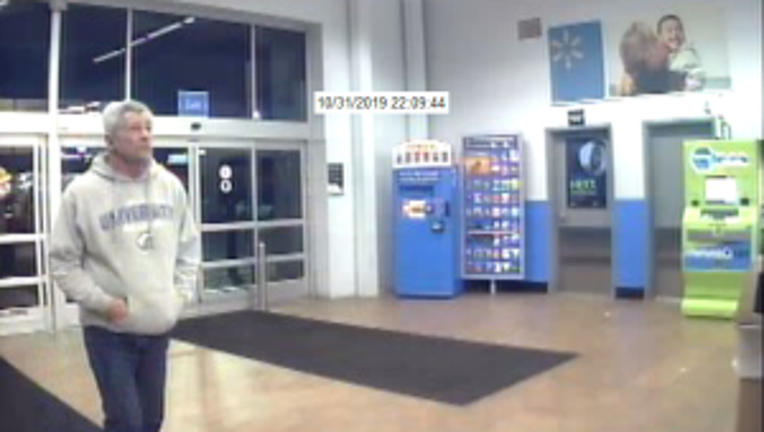 ST. CHARLES, Ill. - A 61-year-old man is facing charges after he allegedly pointed a pellet gun at a woman outside a Walmart store Thursday in west suburban St. Charles.

Murphy was released from custody after posting bond Saturday with a pending court date, police said.

Murphy was identified as the man who approached the woman after investigators received a tip from a St. Charles city employee that a man fitting Murphy’s description was seen paying a bill Friday morning at the St. Charles Municipal Center, police said.

Police were able to learn his home address and he was taken into custody about 5 p.m. Friday, police said. A black pellet gun was also recovered.

The woman told authorities that she was approached about 10:15 p.m. Thursday by a man outside the entrance of the store at 150 Smith Road who displayed a black handgun, police said.

The gunman said “can I ask you a question?” while holding the gun and the woman immediately ran inside the store, St. Charles Police Cmdr. Eric Majewski said.

The man got into a vehicle that was parked in a handicapped space and drove off, police said.