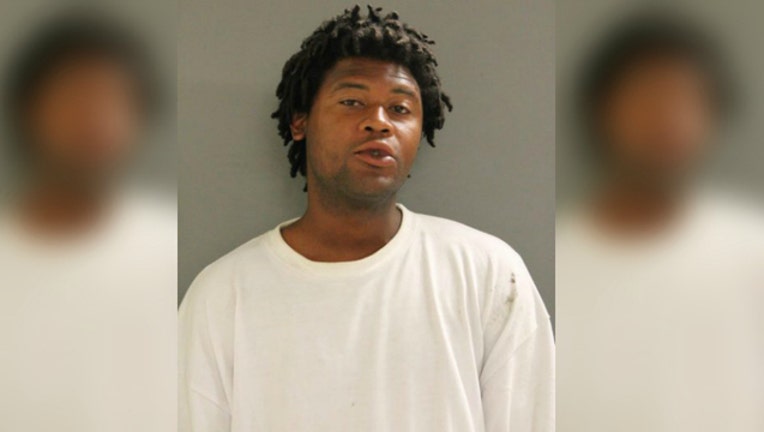 CHICAGO (SUN TIMES MEDIA WIRE) - A South Side man exposed himself and tried to sexually assault a CTA bus driver while she was on her lunch break at a West Chatham Pizza Hut, Cook County prosecutors said Friday.

Soon, Booker started staring at the woman, who was sitting in her CTA uniform waiting for her order in a small carry-out vestibule, Howroyd said.

“You miss me boo,” the 30-year-old allegedly said before grabbing the woman’s head and pulling it toward his groin.

Booker also pulled up his t-shirt, exposing his penis to the woman,  Howroyd said.

The woman, 46, pushed her assailant away and went to the counter to ask for help, Howroyd said.

Booker followed and continued to rub against her, Howroyd said.

When the woman shoved Booker away, he allegedly grabbed her.

The woman then called 911, and Booker took off, Howroyd said.

Officers found Booker hiding in a nearby stairwell drinking beer, according to a police report.

He wouldn’t follow directions until he was allowed to finish his beer, so officers waited for him before taking him into custody.

During his arrest, Booker allegedly yelled that he would kill the woman.

The assault was captured on video surveillance, and the woman identified Booker as her attacker, Howroyd said.

Booker later admitted to police that he grabbed the woman’s face and exposed himself to her, Howroyd said.

He continued to say that he had done this sort of thing before, “usually every day to different women,” Howroyd said.