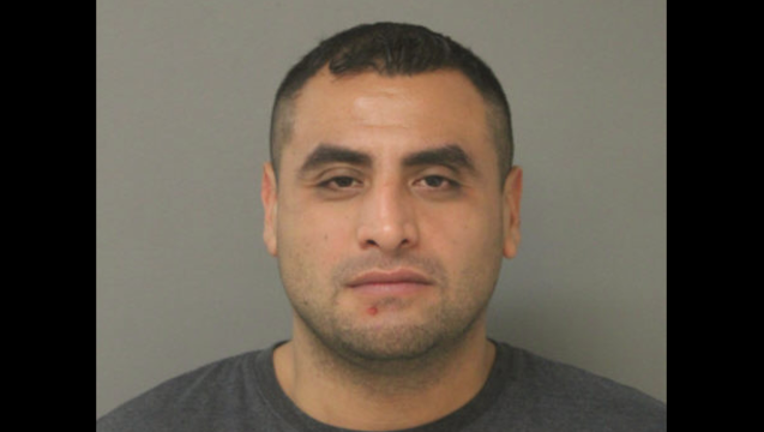 SUN-TIMES MEDIA WIRE - A man was charged Saturday after police found an assault-style rifle and handgun inside his vehicle when he was was pulled over after driving out of O’Hare International Airport on the Northwest Side.

Shortly after 8 a.m., officers saw the driver, Santos Zamora, 32, of Sheboygan, Wisconsin, speeding as he left O’Hare Airport and pulled him over in the 5600 block of North Cumberland, Chicago Police said. A handgun was initially found inside the vehicle, but a more thorough search also revealed an AR-15 rifle and a pressure cooker in the vehicle’s trunk.

Zamora was taken into custody and two other people were detained while the CPD Organized Crime Bureau and Joint Terrorism Task Force were called to conduct an investigation, police said.

Neither the guns nor the pressure cooker, which had remnants of food and cooking grease inside, were believed to have been intended for any acts of violence in the city, police said.

Zamora said he was in Chicago to drop off a friend at the airport and was cooperative with officers and federal agents, police said.

He was charged with a felony count of aggravated unlawful use of a weapon for carrying a loaded gun in the vehicle, and issued traffic citations for speeding 15-20 mph above the speed limit and operating a motor vehicle without insurance, police said. The two other people who were detained were released without charges.

Police did not say whether one or both guns found in the vehicle were loaded.

While there was no threat to city events connected to the case, “Enhanced security protocols implemented by the Chicago Police Department in advance of weekend sporting events and Sunday’s Marathon proved effective today,” police spokesman Anthony Guglielmi said in a statement on Zamora’s arrest.

Guglielmi added that runners and spectators at the Chicago Marathon should expect to see a “very visible presence” of police officers along the marathon’s route. The department has also increased the number of undercover officers working the marathon and will be coordinating with FBI agents, Homeland Security officials and Illinois State Police.

Patrols in and around Wrigley Field and Solider Field will also be increased for National League Division Series games and Monday’s Chicago Bears game against the Minnesota Vikings, he said.