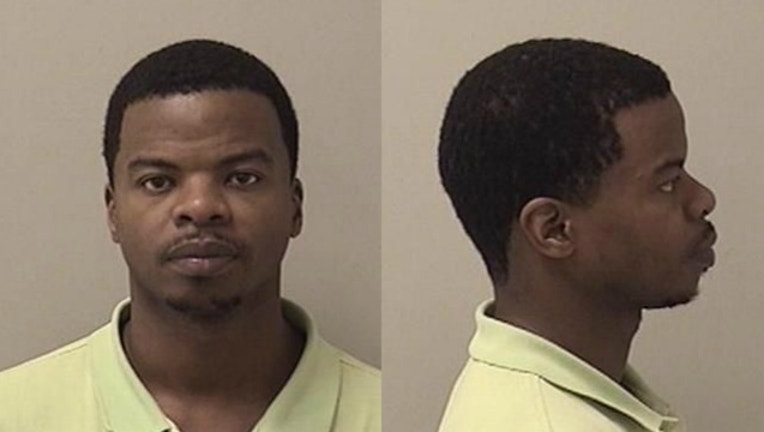 SUN TIMES MEDIA WIRE - An Aurora man was convicted Thursday for trying to kill a man who was dating his estranged wife.

Jermaine L. Baker, 40, was convicted of felony counts of attempted murder, home invasion and aggravated battery with a firearm, according to the Kane County State’s Attorney’s Office.

On Aug. 27, 2014, Baker broke into the man’s Aurora home wearing one of his wife’s dresses, a wig and gloves, prosecutors said. Baker walked into the man’s bedroom while he was sleeping and turned on a light before kicking his bed and asking, “How do you want to die?”

Baker then pulled out a 9mm semiautomatic handgun and shot the man in his hands, cheek, jaw and forehead, prosecutors said. The man was able to call 911 before and make it downstairs to answer his front door for paramedics.

Baker is scheduled to appear in court on April 19 for motions and sentencing, prosecutors said. He faces at least 31 years in prison. Baker’s sentence includes a mandatory enhancement of 25 years to life in prison because he personally shot the gun that caused great bodily harm.

Baker is being held at the Kane County Jail, where he has been since his arrest in lieu of $750,000 bail, prosecutors said. His bond was revoked when he was convicted on Thursday.