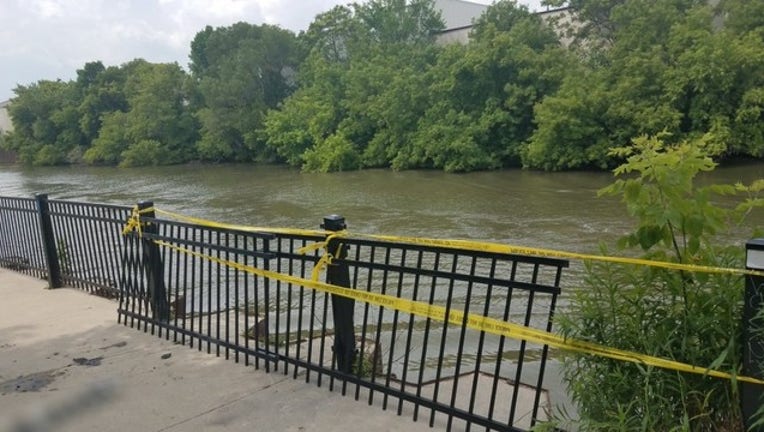 Two men were pulled from the Chicago River on June 28, 2019, after they tried to put a boat in the water to go fishing near the 1500 block of North Kingsbury Street. | Chicago Fire Department

CHICAGO (SUN TIMES MEDIA WIRE) - A man died Friday after jumping into the North Branch of the Chicago River while trying to put a fishing boat into the water near Goose Island.

Chicago police and fire crews responded to a water distress call at 8:59 a.m. in the 1500 block of North Kingsbury Street, according to police.

Two men were trying to put a boat into the water to go fishing when the boat started to drift away from them, according to Chicago Fire Department spokesman Larry Merritt.

One jumped into the river after the boat and did not resurface, police said. The friend jumped in to save him but was unable to find him.

Rescue divers removed both men, authorities said. One refused medical treatment while the other was taken to Northwestern Memorial Hospital in critical condition.

The man was pronounced dead at the hospital at 10:01 a.m., according to the Cook County medical examiner’s office.