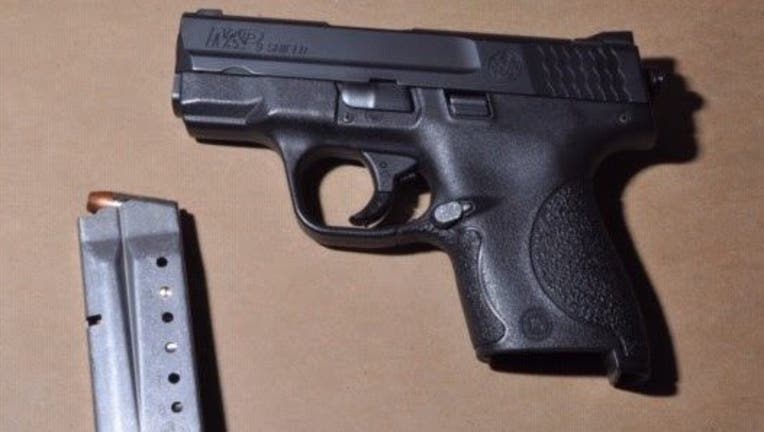 Police seized a loaded gun after a traffic stop June 6, 2020, near Lake and Dodge in Evanston. | Evanston police

The charges stem from a traffic stop at 5:49 p.m. June 6 near Lake Street and Dodge Avenue, police said. Officers stopped a BMW X5 for an equipment violation.

An officer smelled weed coming from the car while he was speaking with Abbott, who was behind the wheel, and requested a K-9 officer to sweep the car, police said.

The K-9 alerted officers and they found 84 grams of cannabis along with a load gun in the car’s center console, police said. Abbott does not have a valid FOID card or concealed-carry license.

He was released on electronic monitoring after posting bond and was due in court next on Aug. 10, police said.