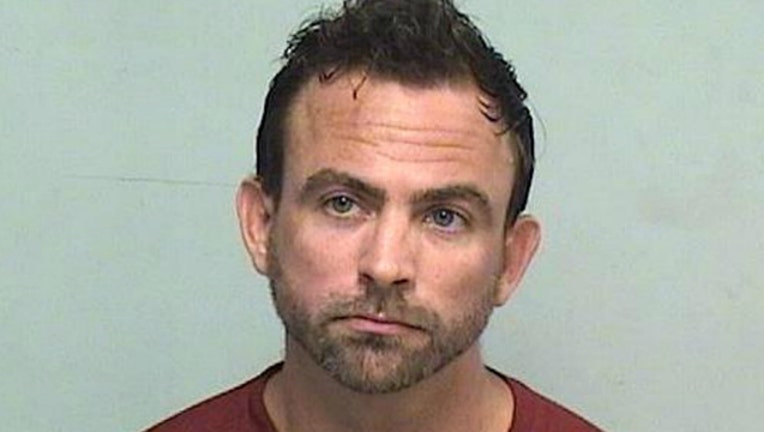 GURNEE (Sun-Times Media Wire) - A north suburban man was arrested Monday after allegedly trying to drive away from police with multiple guns after being served with an order of protection in Gurnee.

Tyler R. Baumann, 37, is charged with a felony count of aggravated fleeing and eluding, according to a statement from the Lake County sheriff’s office. He is also facing misdemeanor counts of driving under the influence of alcohol, unlawful use of a weapon, driving without a valid license and reckless driving.

Deputies served the order of protection to Baumann about 4:45 p.m. at his Gurnee home, according to the sheriff’s office.

During the interaction with deputies, Baumann claimed he didn’t possess any guns or ammunition, the sheriff’s office said. He doesn’t have a valid FOID card and the terms of the order prohibit him from possessing firearms.

As the deputy was parked nearby completing paperwork for the order, he saw Baumann drive by in a vehicle, according to the sheriff’s office. The deputy, knowing Bauman didn’t have a valid driver’s license, tried to pull him over.

Baumann sped away and eventually crashed the vehicle into a tree near Hunt Club Road and Dada Drive, the sheriff’s office said. He got out and ran away on foot.

A deputy with a police dog found Baumann, who surrendered after the dog “aggressively barked” at him, the sheriff’s office said. Investigators found four guns in his vehicle and learned he was driving intoxicated.

Baumann remains in custody on $30,000 bail at the Lake County Jail, the sheriff’s office said. His next court date was set for Thursday.