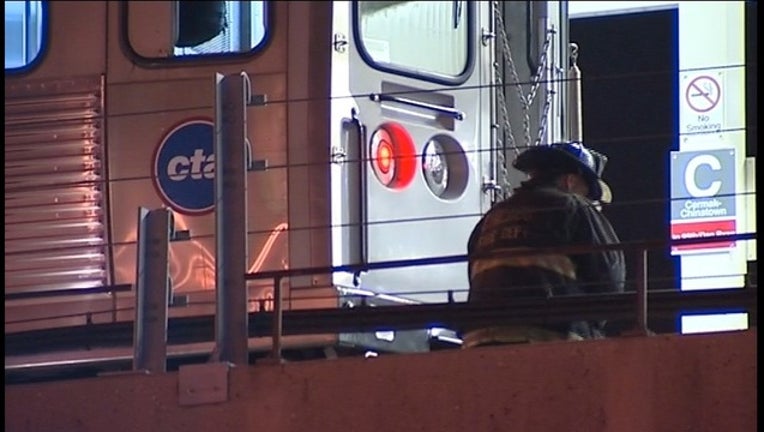 A southbound train hit a person at the Cermak-Chinatown station about 2:30 a.m., a CTA spokesman said.

A 42-year-old man was found unresponsive under the tracks, police said. Detectives are conducting a death investigation.

Red Line trains were halted between Grand and 35th after the incident, but were resuming normal service as of 4:30 a.m., according to the CTA.