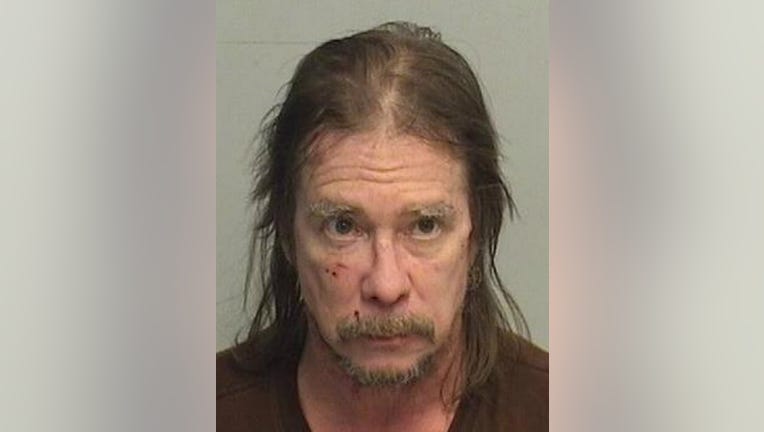 PARK CITY, Ill. - A man released from Lake County Jail on Monday allegedly traveled to north suburban Park City and fatally stabbed a woman he was related to within a day of his release, prosecutors say.

Jeffery Michael Thrall, 60, is charged with two counts of first-degree murder in connection to the murder of his 68-year-old relative, according to Christopher Covelli, spokesman for the Lake County Major Crime Task Force. Her name and relation to Thrall have not been released.

Twelve hours earlier, Thrall was released from jail after pleading guilty to violating an order of protection related to someone else, according to the Lake County state’s attorney’s office.

About 12:30 a.m. Tuesday, police found the woman unresponsive and bleeding on the floor of her home in the 3100 block of 7th Street, Covelli said. She had been stabbed and was pronounced dead at the scene.

Investigators tracked down the woman’s missing vehicle to a gas station near Green Bay Road and Sunset Avenue in Waukegan, Covelli said. Thrall, who matched the description of a person of interest, was inside the vehicle and drove off.

Thrall had just been released from Lake County jail Monday afternoon after serving nearly a year for a previous charge, Covelli said.

He had been in an out of jail since October 2018 when he was charged with domestic battery and then violating an order of protection for someone who was not the stabbing victim, prosecutors said.

On Dec. 2, he pleaded guilty to violating the order of protection and was released on time served, the state’s attorney’s office said. Prosecutors said he fatally stabbed the woman within 12 hours of his release.

Thrall is currently being held in Lake County Jail on a $5 million bail. He is due in court again Dec. 19.