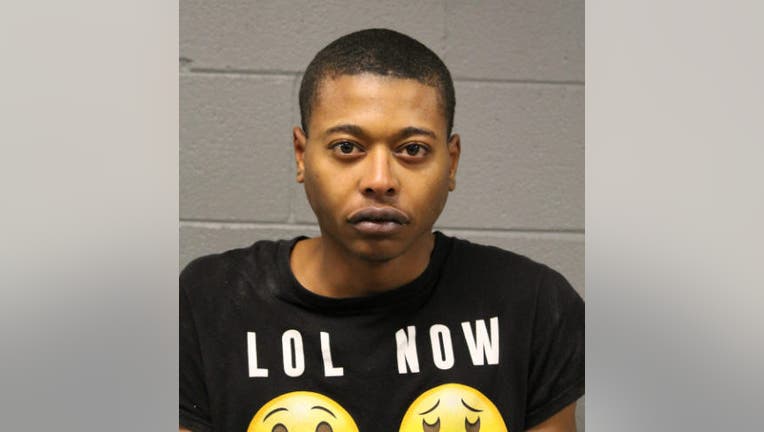 CHICAGO - A Lisle man is accused of firing a handgun into the air early Sunday outside a South Loop sports bar, sending a bullet through a nearby home.

G. Elente Collins, 25, was arrested shortly after the gunfire was reported about 1:50 a.m. in the 1000 block of South State Street, according to Chicago police.

A witness told officers that one of the bullets went through an apartment window, police said. Collins was arrested at the scene and a weapon was recovered.

Collins, of Lisle, is charged with a felony count of reckless discharge of a firearm and a misdemeanor count of criminal damage to property, police said.