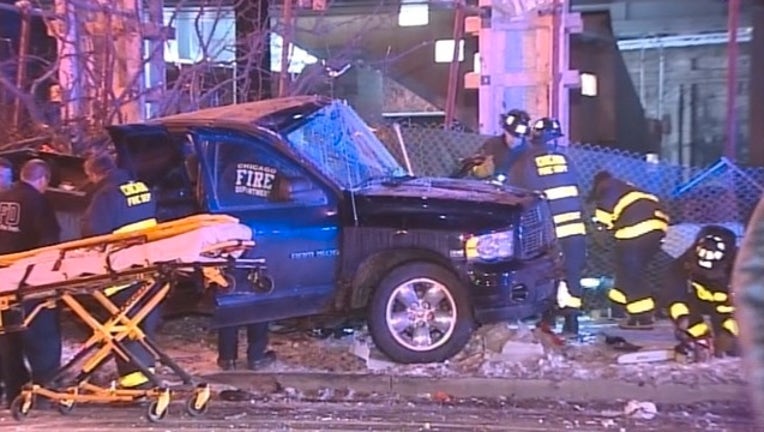 A man was in critical condition after a crash early Wednesday in the Uptown neighborhood on the North Side. | Network Video Productions

CHICAGO (Sun-Times Media Wire) - A man was hospitalized in critical condition early Wednesday after a crash in the Uptown neighborhood on the North Side.

At 2:07 a.m., Town Hall District officers spotted the vehicle crashed into a tree in the 4600 block of North Broadway, according to Chicago Police.

Chicago Fire Department personnel extricated the 40-year-old man from the vehicle and he was taken in critical condition to Illinois Masonic Medical Center, police said.

Additional information, including the cause of the crash, was not immediately available as the police Major Accidents Investigations Unit was investigating.