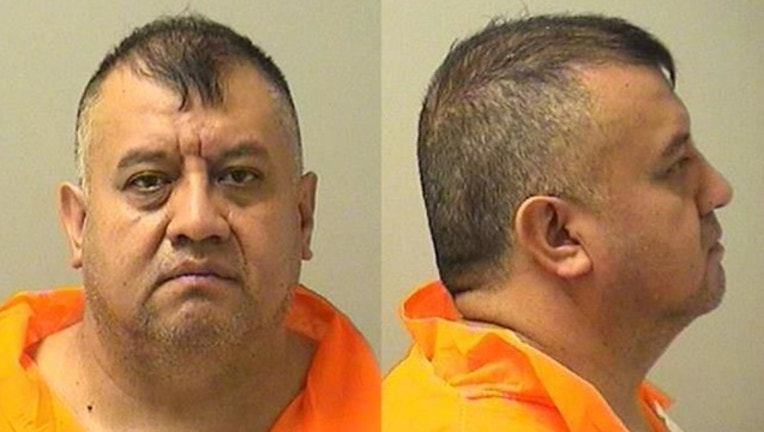 SUN TIMES MEDIA WIRE - An Aurora man could face life in prison for a fatal 2016 shooting at a bar in the west suburb.

A Kane County jury found 50-year-old Alfredo Soto guilty of first-degree murder Monday for the shooting of 31-year-old Martiniano Alvarez on Aug. 1, 2016, according to a statement from the Kane County state’s attorney’s office.

Soto and two of his friends were drinking at the bar in the Latin American Club, 1331 Dearborn Ave., about 6:40 p.m., engaged in “what appeared to be a normal conversation” with 31-year-old Martiniano Alvarez, according to police and prosecutors.

Soto got up from the bar and walked to the front door, and told Alvarez to come with him, authorities said. When Alvarez walked toward the door, Soto pulled out a handgun and fired four shots, one of which hit Alvarez in the right temple. Soto then drove away in a white pickup.

Alvarez, who lived in Aurora, died from the gunshot wound later that afternoon at an Aurora hospital, police said.

The shooting was captured on the club’s surveillance video and club employees helped identify Soto as the suspect, police and prosecutors said. He was arrested at his Aurora home shortly after the shooting.

Circuit Judge Clint Hull scheduled Soto’s next court appearance for Sept. 21 for sentencing and filing of motions, according to the state’s attorney’s office. He faces a sentence of 45 years to life in the Illinois Department of Corrections.

“I hope this just verdict brings a sense of peace to Martiniano Alvarez’s family members and friends,” Assistant State’s Attorney William Engerman said in the statement.

“This jury saw through Mr. Soto’s claim of self-defense and rendered the appropriate verdict for what was a cold-blooded and violent act,” Engerman added. “As a result Mr. Soto will go to prison for what in essence is a life sentence.”

Soto remained in custody at the Kane County Jail, where he has been held in lieu of $5 million bail since his arrest, prosecutors said.