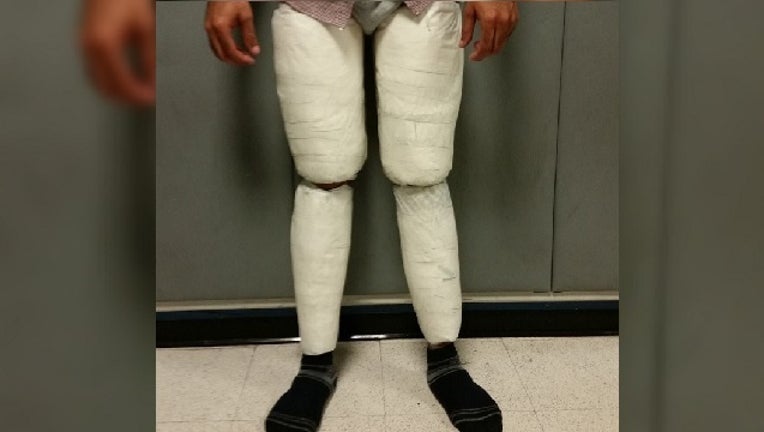 Officers at John F. Kennedy International Airport made quite the discovery when they found an arriving passenger "busting out of his pants."

Back on March 4th, U.S. Citizen Juan Carlos Galan Luperon, arrived at the airport from the Dominican Republic. During his inspection upon arrival, officers noticed Luperon was nervous, and his pants appeared to be 'snug.'

Officer conducted a private search where they uncovered packages taped around both of his legs. The packages were tested for cocaine and came back positive.

Luperon was placed under arrest and he was turned over to Homeland Security Investigation. He now faces federal narcotics smuggling charges