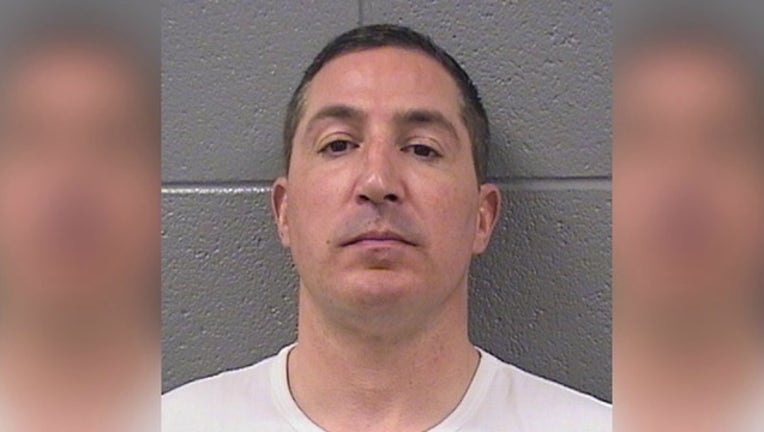 Seeing an inebriated patron leave a West Town bar, Stokowski, 33, pleaded with the stranger who got behind the wheel: “You don’t want to do this.”

But Timothy McShane ignored Stokowski’s cries and hit the gas pedal, as Stokowski clung to the SUV in a desperate attempt to stop the intoxicated motorist.

Stokowski died when he crashed onto the pavement and was run over on March 22, 2014, the Chicago Sun-Times is reporting.

Minutes before in court, McShane, who had previous DUI arrests and has been enrolled in Alcoholics Anonymous since the fatal incident, wept as he apologized to Stokowski’s family.

Turning to face Stokowski’s loved ones, McShane cried, “I’m terribly, terribly sorry that Shane isn’t in your life, and I wish I could take it back.”McShane, 44, said he thinks about what he had done every day and has seen the pain in the eyes of the Stokowskis every time they have come to court.

“He murdered my son with his vehicle,” Chris Stokowski said after court, wearing a T-shirt bearing a picture of her late son and his fiancee, Erin Harvill.

“I didn’t think anything of his apology. We’ve been coming up here for two years and there’s been no indication of remorse, no eye contact, nothing. . . . Too little too late.”

Shane Stokowski’s family described him as an upstanding, outgoing, funny and caring man who tried to cheer up those who were feeling down.

The graphic artist was to get married in October 2014. So the family went from planning a wedding to a funeral, Chris Stokowski told the judge.

She said as soon as she and her husband had learned that their eldest son was severely injured, they jumped into their car and drove toward Chicago from their home in Peoria. During the drive, the emergency room doctor called and asked them to pull over.

“I immediately got out my car and fell to my knees,” Chris Stokowski said, recalling how she received the devastating news.

Shane Stokowski’s fiancee’s parents also were in court on Wednesday.

Harvill, who now lives in California, had asked the Stokowskis if her remains could be placed in the casket she chose for Shane Stokowski when she died.

“I assured her that her life would go on. Shane would want that for her,” Chris Stokowski said, her voice shaking with emotion.

“I can never escape the memory of losing my brother,” Patrick Stokowski said. “. . . There are times when a moment reminds me of a time in the past when I was with Shane and I am happy, but that moment usually fades to sorrow.”The family said their loss has left them with such a profound sadness it has been hard to cope.

Assistant State’s Attorney Martin Moore said Shane Stokowski wasn’t the kind of person to sit back and watch a wrong be committed.

On the other hand, McShane was the type to ignore the warning signs that started since he received court supervision for a DUI in 1993, Moore said.

McShane was arrested for two more in DUIs in the suburbs in 2004 and 2006 but the charges were reduced.

Violating the law meant nothing to McShane, Moore said. And when Shane Stokowski came before him in the form of his final warning, McShane, who was driving his girlfriend’s Nissan Murano on a suspended license, was again dismissive, Moore said.

Shane Stokowski told McShane’s buddies that he was in no shape to drive. Even McShane knew that and went back inside the Aberdeen Tap, 458 N. Aberdeen, Moore said.

But McShane again left the bar from the back door and went to his girlfriend’s SUV.

McShane’s attorney, Thomas Brandstrader, told Flood that McShane has changed since he was charged in the deadly DUI.

While out on bond, McShane has been sober, started working at the Mercy Home for Boys & Girls and has strengthened the relationship he has with his 10-year-old son, the defense attorney said.

“The person sitting here today is not the person who was sitting at the Aberdeen Tap,” Brandstrader said.

In asking the judge for leniency for his reckless homicide and aggravated DUI convictions, McShane’s mother said her son suffered from ADD as a child and comes from a long line of alcoholics.

Timothy McShane’s son also had ADD and he does his best to help because he knows what the experience is like, Pat McShane said.

Pat McShane said her son has often expressed “remorse and sadness. She added that she hopes the Stokowskis will find “peace, understanding and forgiveness” in their hearts.

Flood noted that it took a tragedy for Timothy McShane to finally take responsibility.

“It took our son’s death for him to go AA, to go live in a halfway house, to get his life back in order” Chris Stokowski told reporters later. “It’s too little too late for us.”