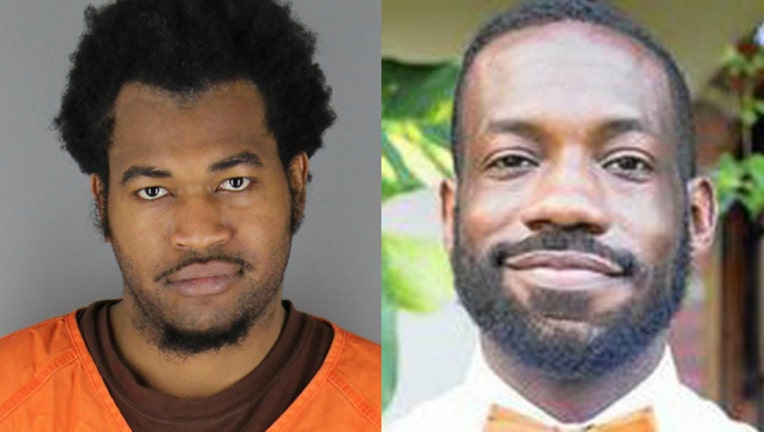 SUN-TIMES MEDIA WIRE - A man was arrested in Minneapolis last week in connection with the February death of a bartender who was punched, then struck by a cab as he was lying unconscious in the street of a busy River North intersection.

Marcus Dante Moore, 32, was arrested about 9:40 a.m. Monday on a felony warrant out of Cook County charging assault with a deadly weapon in the death of 32-year-old Marques Gaines, according to Minneapolis police.

On Wednesday, Moore appeared in court in Hennepin County and waived extradition, agreeing to be sent back to Illinois, said Chuck Laszewski, spokesman for the Hennepin County attorney’s office. It was not known when Moore, of Saint Paul, Minnesota, would come to Cook County.

Gaines was a bartender at a downtown motel who, after finishing a shift on Feb. 7, went with a few colleagues to have a drink at Mother Hubbard’s, according to a lawsuit filed by his family last year.

After leaving the bar, Gaines went into a 7-Eleven store shortly after 4 a.m. at State and Hubbard to buy a bag of chips. Upon exiting, he got into a confrontation with another man who’d just been kicked out of the store by a security guard, according to the suit.

The man who’d been booted from the store assaulted Gaines and left him lying unconscious in the street.

Neither the security guard nor a store clerk ever attempted to help Gaines “in any manner whatsoever and, instead, simply stood on the sidewalk as he lay unconscious and unprotected in the street,” the suit stated.

After lying on the street for two minutes, Gaines was run over by a cab; he was pinned underneath for three minutes, according to the suit.

An autopsy found he died of multiple blunt force injuries due to an automobile striking a pedestrian laying on the street due to an assault, according to the Cook County medical examiner’s office. His death was ruled a homicide.