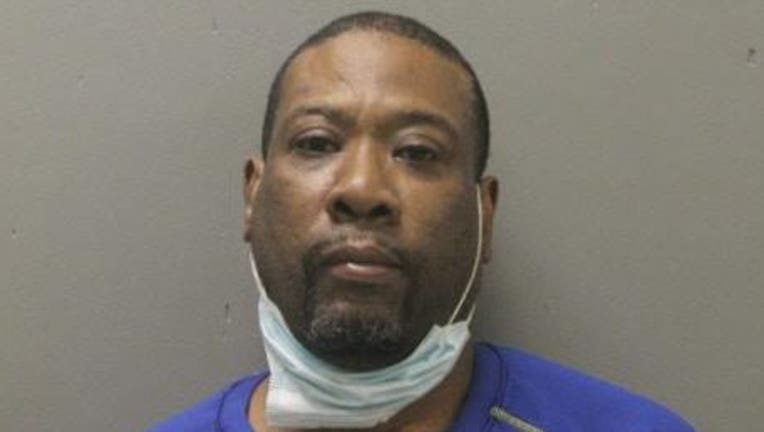 CHICAGO - Bail was set at $750,000 for a man who allegedly pointed a gun at Chicago police officers Monday evening in Fernwood on the South Side, prosecutors say.

Raymond Winston, 47, appeared in court Wednesday on five counts of aggravated assault and use of a firearm against a peace officer, as well as one count each of being an armed habitual criminal and possession of a firearm with a defaced serial number, according to the Cook County state’s attorney’s office.

Five officers were speaking with witnesses of shots fired in the first block of West 99th Street when Winston allegedly started walking toward the officers, holding a gun and yelling obscenities, prosecutors said in a bond proffer read in court.

Winston ran away and was pursued by the officers, prosecutors said. When Winston allegedly pointed the gun back at the officers, one of the officers fired their weapon at Winston, but did not hit him.

Winston then fell to the ground and was arrested, police said. A weapon was recovered at the scene.

Winston’s criminal history includes a 2005 armed robbery conviction, for which he was sentenced to 20 years in prison, prosecutors said.

He is due back in court May 6.