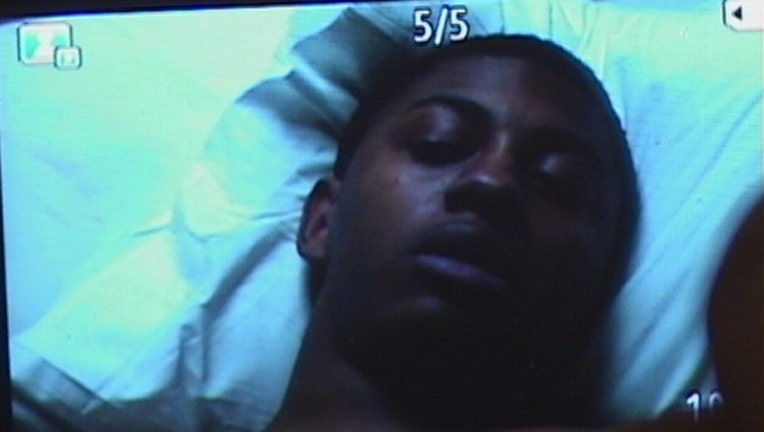 CHICAGO (SUN TIMES MEDIA WIRE) - A South Side man was ordered held without bail Tuesday in the murder of his good friend and two brothers who were killed in an apparent shootout after the pals allegedly went to the siblings’ Brighton Park apartment to steal marijuana, the Chicago Sun-Times is reporting.

Torrence Reese, 18, who also was wounded in the Feb. 15 incident, ended up shooting a high school classmate who told him about the pot Emmanuel Camacho and Filogonio Rivera-Camacho sold from their apartment in the 3900 block of South Albany, Cook County prosecutors said.

On the afternoon of the triple murder, Reese went to the brothers’ place with that friend and his other pal, 19-year-old Julian Miller, to buy 2 ounces of marijuana for $400, Grosshans said.

Once there, the group started playing video games and discussed the purchase of the weed, Grosshans said.

Reese, Miller and the other friend started smoking pot. But soon, Reese and Miller’s companion started feeling nauseated and left the bedroom, closing the door behind him to get a drink of water, Grosshans said.

That man was able to escape and hide in the basement, where he heard more bullets and a “scuffle” coming from the first floor, Grosshans said.

The man called out to other residents of the building, who found Miller on the enclosed porch with two gunshot wounds in his back. Next to Miller was a bag of marijuana, Grosshans said.

Inside the apartment, the brothers — Camacho, 18, and Rivera-Camacho, 20, were found face up with gunshot wounds in the body and heads, Grosshans said.

Rivera-Camacho was found in the hallway between the kitchen and front room and Camacho was in the front room, Grosshans said.

Reese fled the apartment armed with a gun, went to his car, drove around the block and then inched slowly past the apartment building looking for Miller.

But when Miller didn’t come out, Reese went to a nearby Dunkin’ Donuts, gave his car keys to an employee and told the employee that he had been shot and that his sister would come by later to pick up his vehicle, Grosshans said.

The Dunkin’ Donuts employee called 911, and Reese was taken for treatment for gunshot wounds to his buttocks and right arm, Grosshans said.

Police found a 9 mm handgun with possible blood splatter inside in the glove box of Reese’s car, Grosshans said. A bag of marijuana also was inside the vehicle, Grosshans said.

Officers also recovered five 9 mm cartridge casings and one live 9 mm round. Firearms testing is pending, but preliminary evidence shows that the casings are consistent with the ammunition from the gun found in Reese’s car, Grosshans said.

The surviving witness — the man who told Reese about the marijuana and guns — was taken to Mount Sinai Hospital and later identified Reese, Grosshans said.

Reese’s attorney Mitchell Kreiter told Judge Peggy Chiampas that another revolver had been recovered and that “nobody knows who shot who.”

The defense attorney said Reese and Miller were the best of friends and that his client could never have shot Miller.

Kreiter said the state’s case was “tenuous” at best. “This case is a thin case,” he said. As he argued for a low bail, Kreiter drew the ire of Chiampas when he mentioned how “people who come in wearing uniforms” get low bonds.

An irritated Chiampas got off the bench for a few minutes and said she was going to read 15 letters written on behalf of Reese, including one from Miller’s mother.

When the judge returned, she told Kreiter she was offended by his comments and that she treats everyone fairly whether they are a police officer or a destitute person.

“You are one lucky man,” the judge then told Reese, mentioning the “heartfelt and moving” letters from his loved ones.

Reese, of the 900 block of 68th Street, is charged with murder, attempted murder and armed robbery.