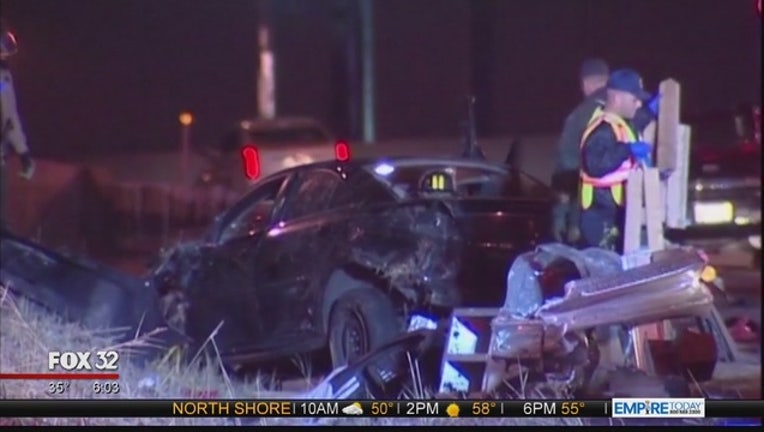 SUN TIMES MEDIA WIRE - One man was killed and another was critically injured in a two-vehicle crash early Friday in south suburban Posen, police said.

One of the vehicles rolled over in the crash and its two occupants were ejected at 1:12 a.m. in the northbound lanes of Interstate-57 near 138th Street, according to Illinois State Police.

Jovaris Givens, a 29-year-old from the South Side Oakland neighborhood, was pronounced dead at the scene, according to the Cook County medical examiner’s office.

Another man was taken in critical condition to Christ Medical Center in Oak Lawn, police said.

The two occupants of the other vehicle refused medical treatment, police said.

All lanes of the expressway were opened to traffic by 6:30 a.m., police said.