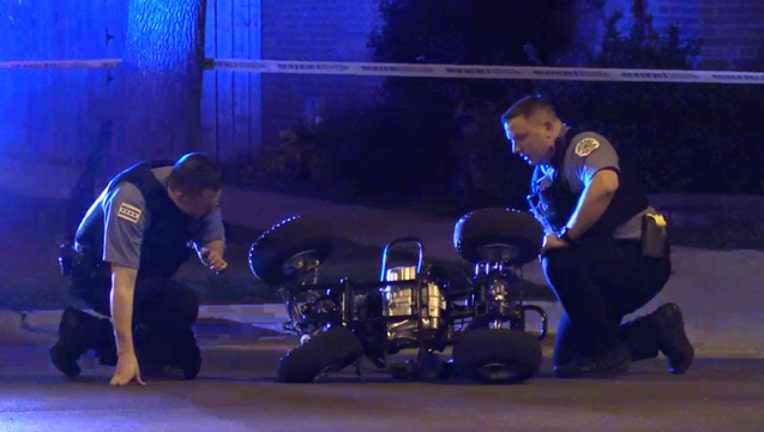 A 49-year-old man driving a four-wheeler was killed in a crash Tuesday night on the Southwest Side, police said. | Network Video Productions

CHICAGO (SUN TIMES MEDIA WIRE) - A 49-year-old man driving an all-terrain vehicle was killed in a crash Tuesday night in the Clearing neighborhood on the Southwest Side.

Jose A. Torres was riding the four-wheeler about 10:30 p.m. when he drove through a stop sign in the 6200 block of South Austin and crashed into a vehicle in the intersection, according to Chicago Police and the Cook County medical examiner’s office.

Torres, of the 6100 block of South McVicker, was taken to Mount Sinai Hospital, where he was pronounced dead at 11:15 p.m., authorities said.

Police said he was not wearing a helmet. No other injuries were reported.

The police Major Accidents Investigation Unit is investigating the crash