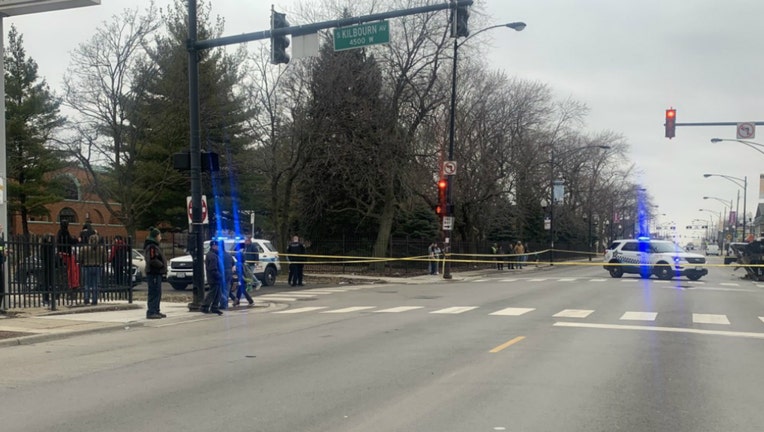 Police investigate the scene of a fatal crash March 11, 2020, in the 4500 block of West 63rd Street. | Chicago Police Department

CHICAGO - A 59-year-old man was killed in a crash Wednesday in West Lawn on the Southwest Side, police said.

Steve Smith was driving a blue Chevrolet Malibu west about 1:30 p.m. in the 4500 block of West 63rd Street when a tow truck ran several red lights and struck the car, Chicago police and the Cook County medical examiner’s office said.

Smith lost control of the Mailbu and crashed into a pole, police said. He was taken to Christ Medical Center in Oak Lawn, where he was pronounced dead.

The truck sped off from the crash, police said. CPD’s Major Accidents Unit is investigating.