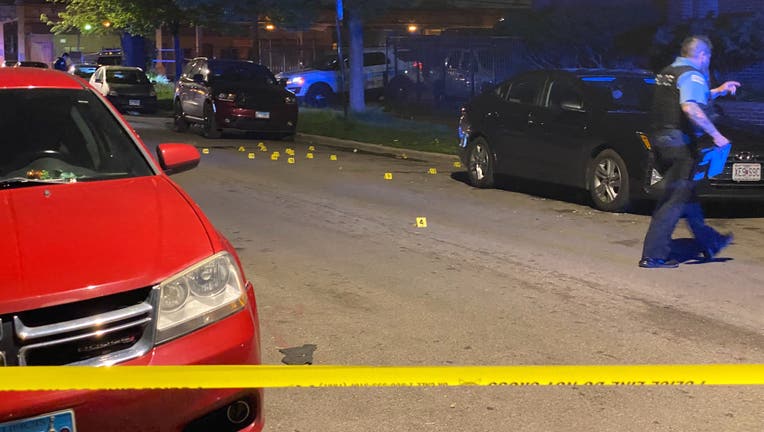 Shell casings litter the pavement where a man was shot to death May 27, 2020, in West Woodlawn. | Jermaine Nolen/Sun-Times

CHICAGO - A man was shot to death Wednesday in West Woodlawn on the South Side, according to police.

The man, 33, was outside about 1:25 a.m. in the 6200 block of South Eberhart Avenue when two people in a passing vehicle opened fire, striking him several times in the back and arm, Chicago police said.

The man was rushed to the University of Chicago Medical Center, where he was pronounced dead, police said.

The Cook County medical examiner’s office identified him as being Martell White. He lived in Englewood.