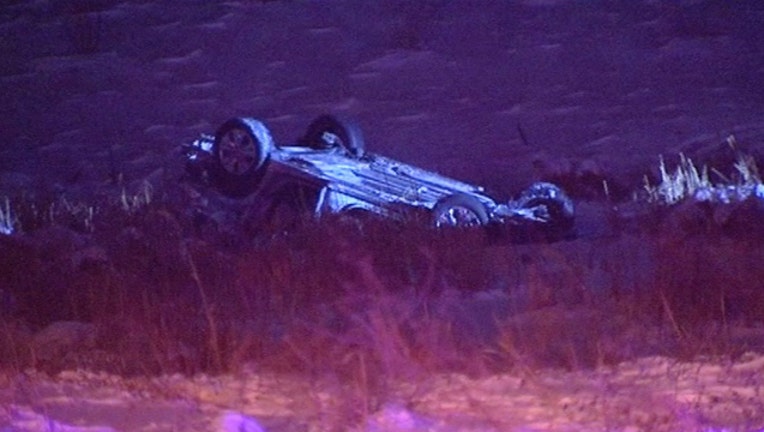 A man was killed when a stolen car crashed into a retention pond Wednesday night in Round Lake Beach. | Network Video Productions

(SUN TIMES MEDIA WIRE) - A man was killed and two other people were injured when a stolen car crashed into a retention pond Wednesday night in north suburban Round Lake Beach.

Earl W. Tarvin of Fox Lake was driving north on Hainesville Road at Clarendon Drive when the vehicle veered off the road, rolled onto its roof and landed in a retention pond at the southeast corner of Rollins and Hainesville roads at 8:52 p.m., according to Round Lake Beach police.

Tarvin, 34, was taken to a hospital where he was pronounced dead, police said.

Police said the car had been reported stolen from Fox Lake and had failed to pull over for Grayslake police.

The Major Crash Assistance Team is assisting with the investigation.